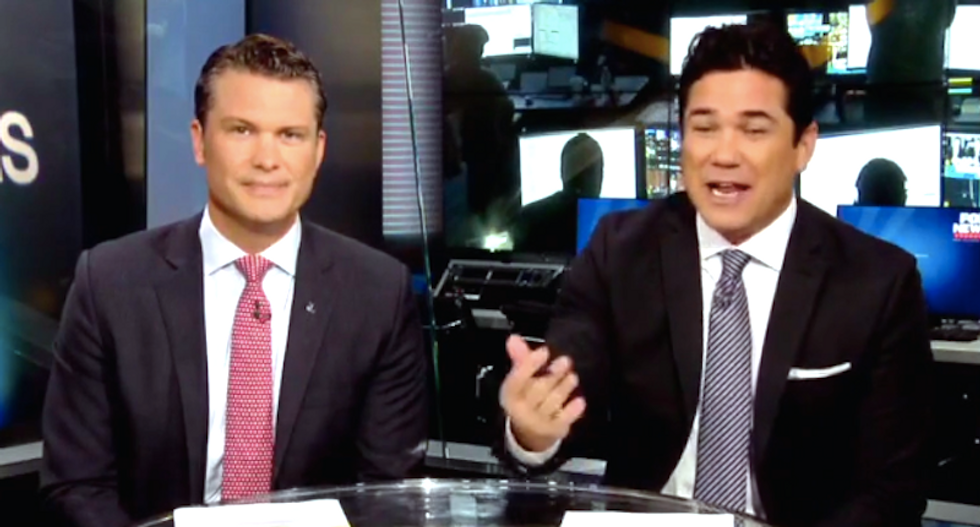 The president's complaints about late-night talk show hosts were evidently prompted by a Fox News segment an hour earlier on the same topic.

"Is this for ratings?" asked co-host Pete Hegseth. "Is this because they've always been leftists and it's unleashed because of Trump? Why are we getting politics late night?"

Philip Wegmann, a columnist for the Washington Examiner, told the hosts that he thought political jokes should be nonpartisan and truthful.

"Well, making fun of the president has always been part of late-night television," Wegmann said. "It's actually, you know, healthy for democracy. But there needs to be truth in kidding, not partisan ideology. I think where a lot of these late-night comics went wrong they swapped liberal talking points out for their punch lines."

"He literally worked with Chuck Schumer's office on that material," Wegmann said. "It's a total joke."

"I like those guys, but I don't like watching them, personally, (because) I don't want to get that politics," Cain said. "I don't mind jokes, but the hard politics, it's -- and it's always at Trump's expense, not in a joking way, just kind of mean-spirited always. People are getting sick of it, I think."

"If you are going to stay up that late for late night comedy, you want a laugh, you don't want a lecture," Wegmann said. "The problem here is they are not even original. You can you turn on any major news network and get criticism of President Trump."

An hour later, the president logged into Twitter to make exactly the same points to demand "equal time."

More and more people are suggesting that Republicans (and me) should be given Equal Time on T.V. when you look at the one-sided coverage?
— Donald J. Trump (@Donald J. Trump) 1507377845.0