Ana Navarro has a message for Donald Trump: 'You do not fight with a family of a dead soldier' 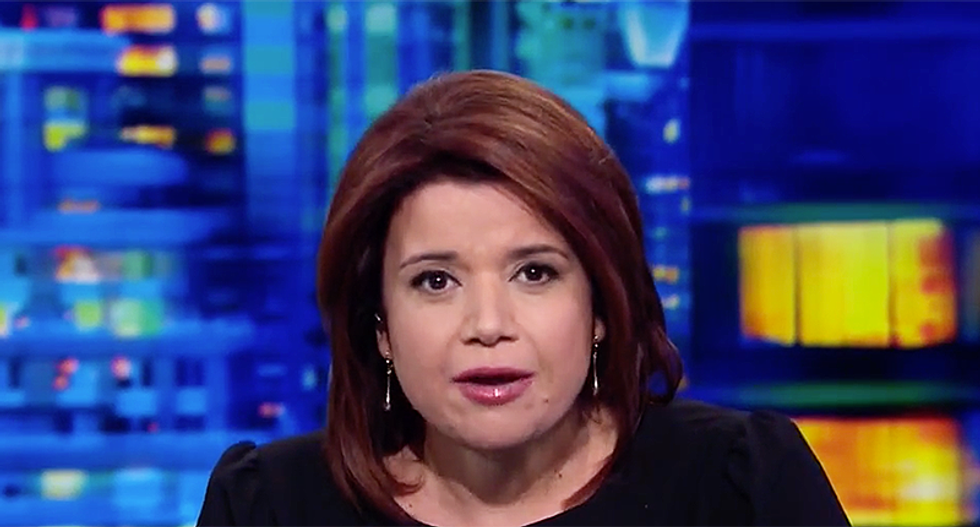 Republican consultant Ana Navarro looked straight into the camera Wednesday night to speak directly to President Donald Trump and shame him for his comments about the fallen soldier.

Navarro is also from Miami, where U.S. Army Sgt. La David Johnson lived. She said that she knows Rep. Frederica Wilson (D-FL), whom Trump attacked earlier Wednesday, and she knows the lawmaker to be an honorable and honest woman.

"I'm from Miami, Sgt. Johnson was from Miami. I know Frederica Wilson. She's not a rabble rouser. She's not an irresponsible person. She would not play with the death of a soldier," Navarro explained.

She went on to say that she personally cannot understand why Trump would ever do something like this.

"I just cannot bring myself to understand how a Commander in Chief can see the sight of a pregnant wife draped over her husband -- her dead soldier husband's coffin and still have the gall to get into a fight with Frederica Wilson and with the soldier's mother, who is now confirming her account of what happened," Navarro continued, passionately.

She encouraged the president to "step away" from a fight like this, even if he thinks he's right.

Ana Navarro has a message for Donald Trump... by sarahburris