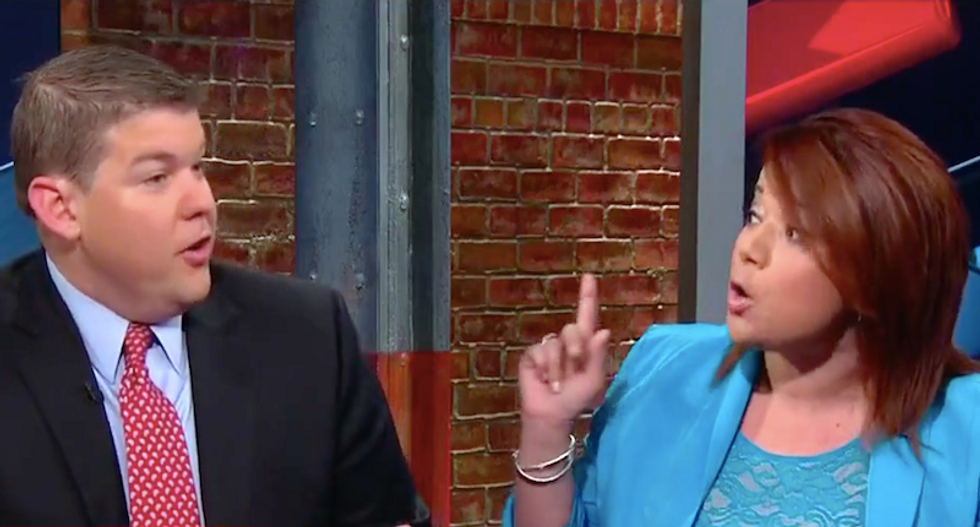 Ferguson started off by calling out DeGeneres saying that she wouldn't have President Trump on her show due to his past statements about grabbing women's genitals, while at the same time endorsing a rapper who has written repeatedly about raping and killing women.

While Navarro didn't defend Eminem, she did point out the glaring hypocrisy of any Trump supporter calling out other people for misogyny.

"It's equally absurd to support a man who talked about grabbing women, and then get all Holy Roller when it comes to a hip-hop rapper," she said.

Ferguson, however, insisted that the real problem was liberals embracing Eminem despite his history of misogynistic lyrics.

"I think the left has to be very careful about wrapping their arms around a guy who is so disgusting and vile towards women," he said.

"But I could turn that around and say, 'The right has got to be very careful to not wrap themselves around a guy who is so disgusting and vile that he talks about grabbing women,'" Navarro shot back.

"I denounced that and said it was inappropriate when it happened!" Ferguson replied, before pivoting back to Eminem.

Navarro then put her foot down and said that the right's embrace of Trump has been far more dangerous than anything the left has done on behalf of Eminem.

"The rapper doesn't have the nuclear codes!" she said.