Bush ethics czar blasts Trump for having 'no empathy' for soldiers: He 'stayed home from Vietnam with a sore foot' 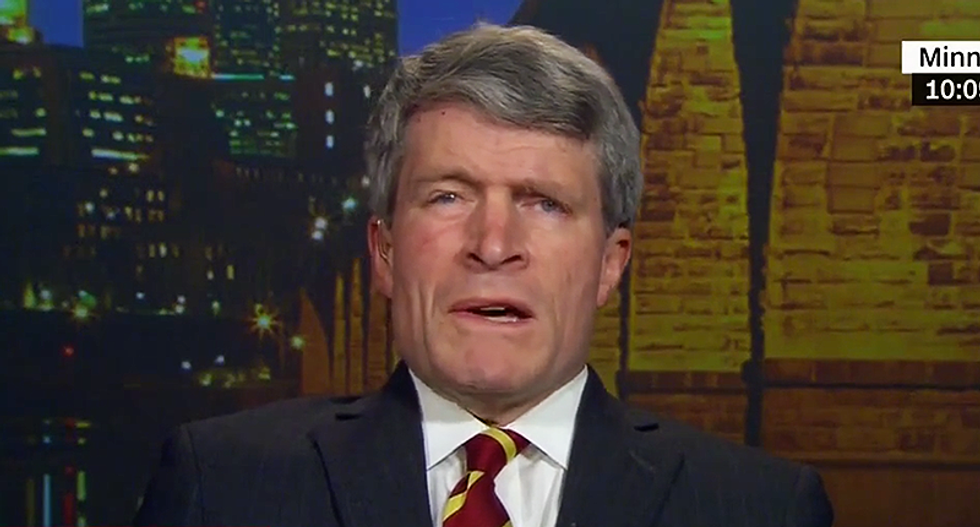 In a conversation with CNN's Erin Burnett that he's seen it over and over again with Trump and the way he behaves towards soldiers.

"He has no empathy, no understanding of the human emotions that people go through, because he stayed home during Vietnam with his sore foot or whatever it was," Painter said, referring to Trump's numerous draft deferments for alleged bone spurs.

Painter went on to say that there are many people in the country who have never served in the military, however they do understand the pain of losing a son at war.

"What he's done to General Kelly is atrocious, but he needs to stake with this job," he continued. "There are very dangerous people out there, Steve Bannon, Gorka, a number of others who are pushing to get General Kelly out so we can get the extremists back in the saddle in the White House, and that's what puts our troops in danger."

He explained that this is because troops are going into Muslim countries and the hate can put soldiers in danger.

"The Muslim haters out there who want to take over this administration, they're the ones who are putting our troops, their lives in danger," Painter said. "General Kelly is what stands between this administration and that type of complete chaos."

Bush ethics czar blasts Trump for having 'no... by sarahburris