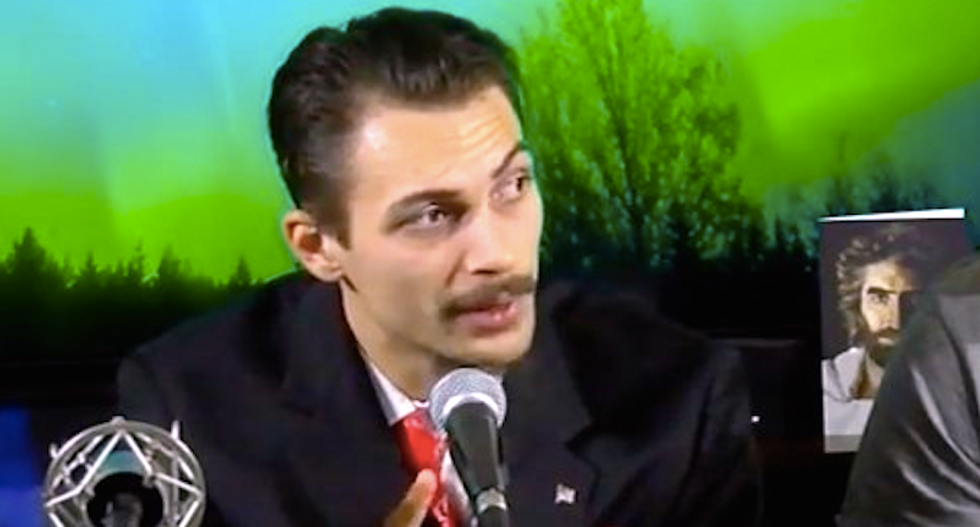 A local Republican Party in Washington state endorsed a fringe candidate known for complaining about chemtrails before the city council on which he hopes to serve.

Justin Forsman earned the backing of the Clark County GOP in his bid to unseat Democratic incumbent Alishia Topper on the Vancouver city council, reported The Columbian.

The newspaper's opinion editor found the endorsement "odd," and even Forsman seemed to be surprised by the party backing.

Forsman has a criminal record dating back to 2008, when he was 20, but he has run unsuccessfully for city council in 2015 and state senate last year.

“I haven’t been in pretty much any trouble at all (lately),” Forsman told The Columbian two years ago. “There’s been a couple of things here and there, but nothing serious like when I was younger."

Forsman, who spent much of his teens in foster care, was convicted of trafficking stolen property nearly a decade ago but had his voting rights restored three years ago.

He's been arrested as an adult multiple times on charges of theft and driving on a suspended license, most recently in 2013.

In addition to concerns about chemtrails, Forsman has called for an end to water fluoridation, which he believes is dangerous and costly, and advocated for the creation of city currency, backed by silver.

"If it caught on, it could branch out to the county,” he told The Columbian's editorial board. “It happens all the time.”

He also promotes conspiracy theories related to the murder of DNC staffer Seth Rich, and other content produced by InfoWars.

The county GOP declined to officially confirm the endorsement, party members told the newspaper that Forsman had been formally backed.

“He asked for our endorsement, and we provided it,” said A.J. Gomez, head of the vetting committee and a precinct committee officer. “We didn’t dwell on it.”

While many of his campaign planks are outside the Republican mainstream, Forsman frequently refers to himself as a patriot and constitutional scholar who backs gun rights and displays the Gadsden flag popular with Tea Party activists.

Forsman sued a Clark County judge in federal court last year to restore his firearm possession rights, which were suspended until December 2018 following his 2012 conviction on third-degree driving with a suspended license.

He was also arrested in December 2015 for allegedly threatening a woman and refusing to cooperate with police, but no charges were filed in that case.