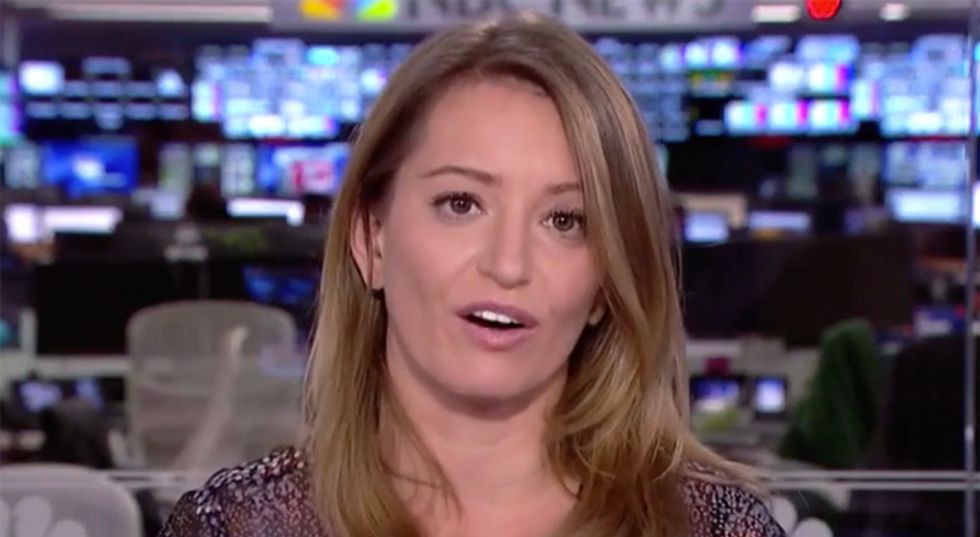 As Twitter lit up the president, with a former Obama official calling Trump "a deranged animal," Tur let viewers know that the president lied to the nation.

"Donald Trump and Mitch McConnell wrapping up a doozy of a press conference there and a lot to get to in that," Tur began. "We want to clear things up on one issue right at the outset. The president said that President Obama never made calls to the families of fallen soldiers. That is categorically false."

"He was asked about it again by our Peter Alexander and then he retracted it a little bit, saying that that's 'just what he was told,'" she continued. "Again, though, it is false."