Ex-cop may serve just 9 months for violently raping two boys and warning: ‘I am the law’ 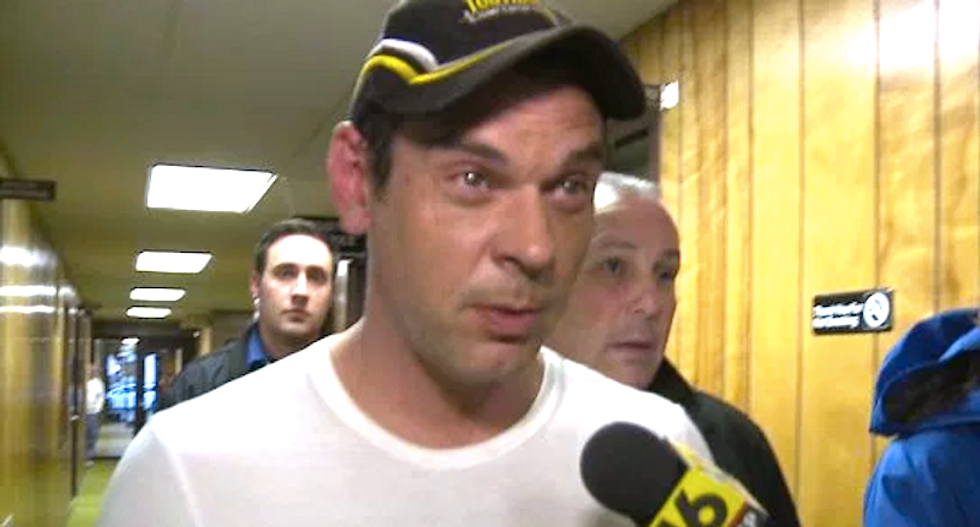 A former Pennsylvania police officer will serve no more than two years -- and possibly less than one -- for allegedly raping two boys and threatening to kill them.

David Turkos, a former Dupont police officer, accepted a plea agreement in June on misdemeanor charges after prosecutors charged him with violently raping two brothers over a seven-year period, reported the Times Leader.

The 45-year-old Turkos was charged in 2015 with three counts of involuntary deviate sexual intercourse with a child, two counts of indecent assault and a count of simple assault

He agreed to plead guilty to two counts of corruption of minors, and he was sentenced Friday to nine to 23 months at the Luzerne County Correctional Facility.

Turkos must also serve five years of probation after he's released from prison, where he will be immediately eligible for work release.

He was ordered to have no contact with his victims and have no unsupervised contact with children without court approval, and he must continue to receive anger management treatment and undergo sexual offender evaluations.

His two victims came forward as teenagers and told police that Turkos began sexually abusing them in 2001, when they were 6 and 4 years old.

They told police Turkos threatened to hurt their mother and pets or take away their toys if they revealed the abuse.

One of the boys told police that Turkos choked him and used zip ties to restrain him during the abuse, and investigators said the former police officer held a hand over his mouth to muffle his screams.

“I hope you die — you’re a piece of crap,” Turkos told one of the boys, according to police.

The older boy testified during an April 2016 hearing that Turkos frequently pointed his gun at the brothers to frighten them, sometimes while on duty.

Joseph Turkos, the former officer’s father, also admitted to a misdemeanor count of corruption of minors in August 2014 after he was charged with sexually assaulting one of the same boys.

The elder Turkos was sentenced to three months to five years in state prison.

The abuse came to light after an older sibling saw the older boy perform a sex act on his brother, who was 9.

He was previously sentenced to six months of probation in 2008 for assaulting his stepson and ex-wife, whose arm was broken in the attack.

“You can’t do anything — I am the law,” Turkos told the woman, according to court documents.