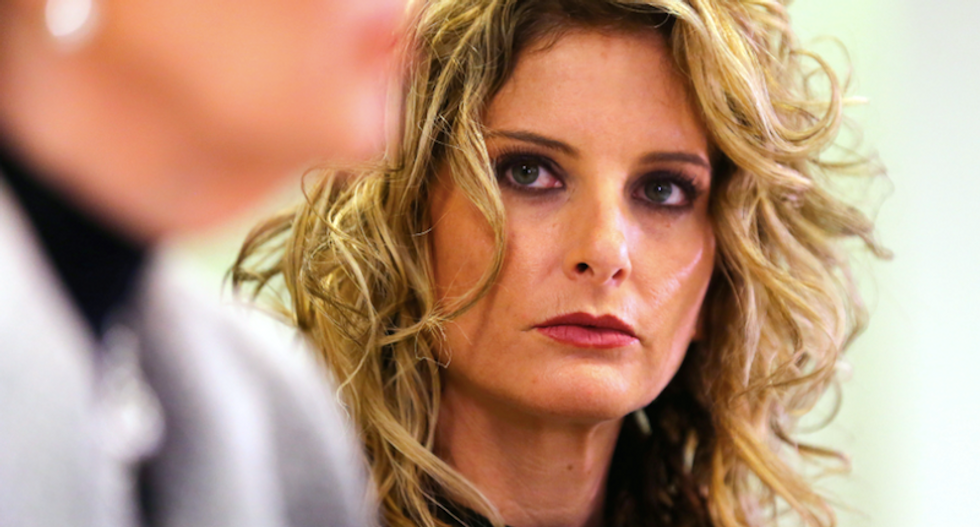 A former contestant on Donald Trump's television show has served the President's campaign committee with a subpoena requesting all documents related to sexual assaults allegedly committed by the president.

According to Buzzfeed, the subpoena came from attorneys for Summer Zervos, a former contestant on The Apprentice who has accused Trump of kissing and groping her in 2007.

The subpoena was served back in March, but just came to light this weekend following the flood of allegations of rape and sexual assault reportedly committed by movie producer Harvey Weinstein.

According to the report, attorneys for Zervos have requested "all documents concerning any accusations that were made during Donald J. Trump’s election campaign for president, that he subjected any woman to unwanted sexual touching and/or sexually inappropriate behavior.”

Zervos accused Trump of groping her in a highly publicized press conference prior to the presidential election.

Trump’s response to Zervos’ motion is due by the end of the month, said Zervos’ attorney, Gloria Allred.

“We are hopeful that the court will deny President Trump’s motion to dismiss, so that we may move forward with discovery and obtain relevant documents and testimony,” Allred said in a statement.