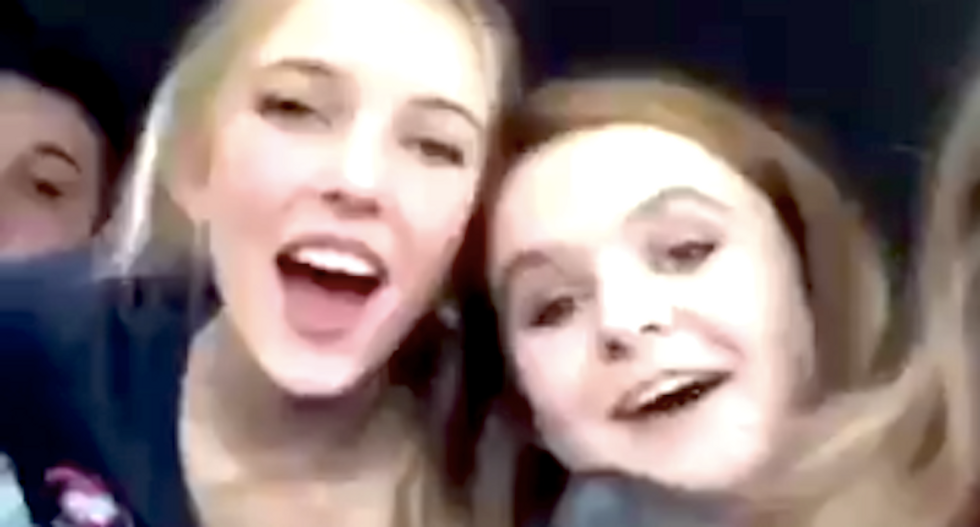 The Instagram video, which shows the girls giggling as they scream, "f*ck n*ggers," was reported Monday to administrators with the Weber School District, reported Deseret News.

A spokesman said the district was trying to determine who recorded the video and whether it was created on school property.

The girls were identified on social media as cheerleaders at Weber High School, but the district has not confirmed their identities.

The 10-second video was shared widely on Facebook, where it was viewed 12,000 times by Monday night.

I thought people were better than this especially my so called “friends” pic.twitter.com/8yD9h7YZE2