ICE accidentally doxed snitches and targets on anti-immigrant hotline: ‘I’m not too happy about it -- sh*t’ 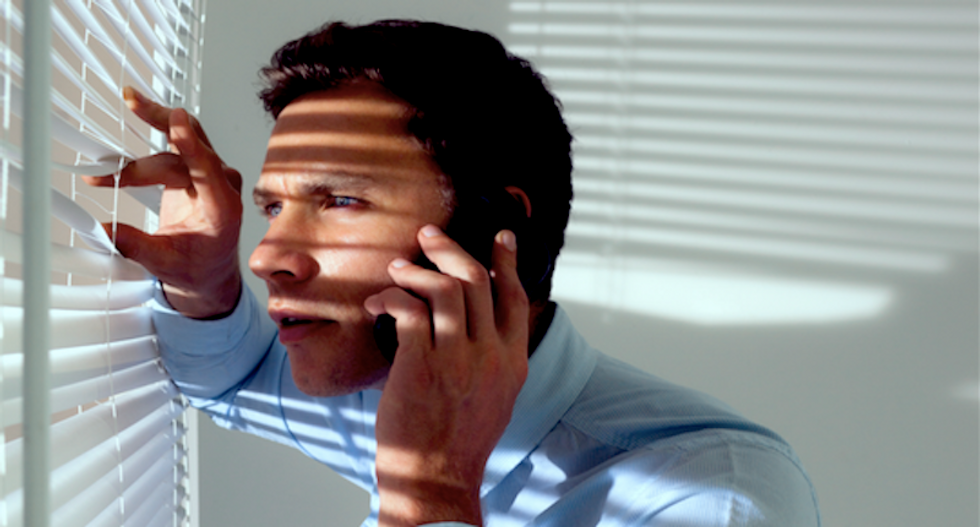 Man peers through blinds as he makes a phone call (Shutterstock)

The Immigration and Customs and Enforcement website inadvertently dumped personal information for hundreds of callers and their neighbors as part of a Trump administration hotline to snitch on immigrants.

Hundreds of call logs are available for download on the ICE website, and much of the personal information -- but not all of it -- is redacted for privacy and security reasons, reported Splinter News.

The spreadsheets detail calls into the Trump administration's Victims of Immigration Crime Engagement (VOICE) hotline, which was set up to “provide proactive, timely, adequate, and professional services to victims of crimes committed by removable aliens.”

The call logs reveal hundreds of callers turning in relatives, neighbors and acquaintances for minor infractions.

"Caller requested to report her mother-in law and sister-in law," reads one report. "Caller stated these individuals came to the U.S. as tourists and stayed in the U.S. in order to get legal status."

One caller even provided the date and location of an upcoming divorce hearing where an alleged undocumented immigrant was scheduled to appear, and others seemed to be reporting neighbors for simply existing.

"Caller claims his next door neighbors are undocumented and are from South America," one report reads. "Caller claims two boys’ ages 14 and 15 reside there along with an adult male."

Many of the calls came from individuals reporting their accusers in domestic violence cases, as well as reporting alleged undocumented immigrants of violent crime.

“Months after the creation of the VOICE program, it’s clear that it’s exactly what we feared it would be,” said Javier H. Valdés, the co-executive director of the immigration-rights group Make the Road New York. “A sinister public relations ploy to paint immigrants as criminals and foster fear in our communities, all with the despicable goal of tearing apart our families. The program should be immediately ended.”

The logs show 1,940 calls from across the country in the first two weeks of the program, in late April and early May, although many of those were pranks.

VOICE staff were able to match 66 complaints to suspects in the Department of Homeland Security’s database, while another 137 entries involved an individual who wasn't found there.

Splinter News examined two spreadsheets available for download on the ICE website, in response to a Freedom of Information Act request, and found much of the private data had been redacted.

But the news website conducted Google searches for some of the data and found a second spreadsheet, covering April until mid-August, hosted on the ICE website that contained two columns of unredacted personal information -- including names, cell phone numbers, alleged crimes, addresses, and Social Security numbers.

That sensitive data revealed personal information for both callers and alleged undocumented immigrants they had reported.

In some cases, the details would have revealed to targets who had informed on them.

“I don’t think they got their sh*t together over there to be honest, pardon my English,” said Jerrold Kestenberg, of Nahant, Massachusetts.

He spoke to Splinter News after calling the hotline to report an alleged attack on his girlfriend by an Italian neighbor, but was surprised to learn his own phone number, along with his girlfriend's name and the neighbor's address, could be found online.

Kestenberg said he never even received a follow-up call about the report.

Splinter News said the unredacted information remained online three days after notifying ICE about the spreadsheet, and nearly a day after sending a link to the data.