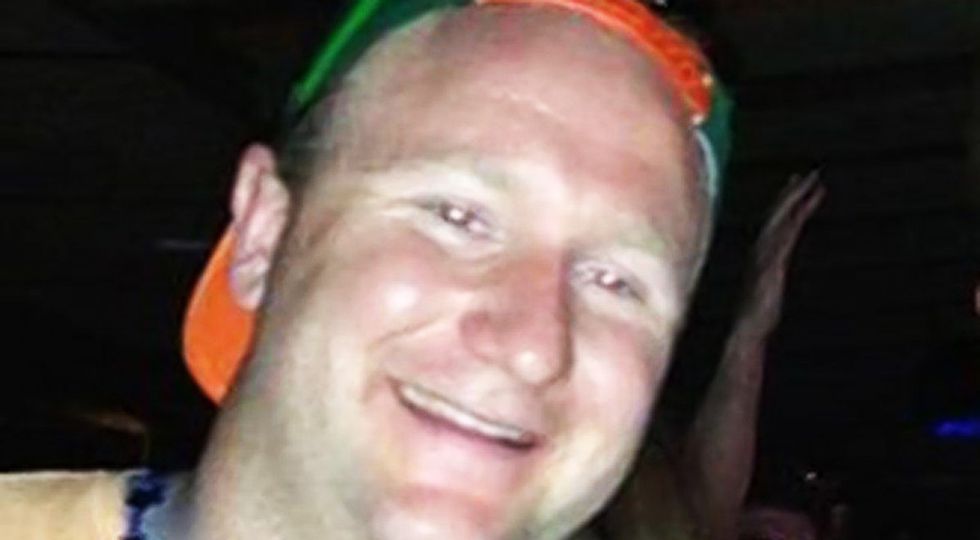 A Philadelphia accountant who is taking a West Village bar to court for banning his Make America Great Again hat now claims he is part of a "protected class" because believing in the Trump slogan amounts to a religion.

According to the Gothamist, 30-year-old Greg Piatek has amended his lawsuit against The Happiest Hour for banning him over his hat, saying he was "adhering to his closely held spiritual beliefs by adorning the hat in question."

Piatek previously explained that he was wearing the hat as a "“spiritual tribute” to the victims of the 9/11 attack back in 2001, but now says that he sees the MAGA slogan -- popularized as a campaign slogan by President Donald Trump -- as a religious creed.

"At the time [Piatek] wore his hat, the election of President Trump was over and therefore [he] had no reason to wear the hat for any political purpose,” attorney Liggieri argued. “Rather, [he] wore his hat to pay tribute to the fallen heroes and victims of Sept. 11, 2011."

According to Piatek, he was called a "terrible person" by a bartender when he was booted from the New York establishment, and proceeded to call the police, only to be told it wasn't a criminal matter.

The bar has pushed back at Piatek's claims, saying he paid his tab and left a 20 percent tip on the night of the incident, indicating there was no problem.

"The plaintiff's arguments are entirely fanciful,” Happiest Hour attorney Preston Ricardo explained. “There is zero case law to support them. This latest filing shows once again that this action is a publicity stunt in the guise of lawsuit."