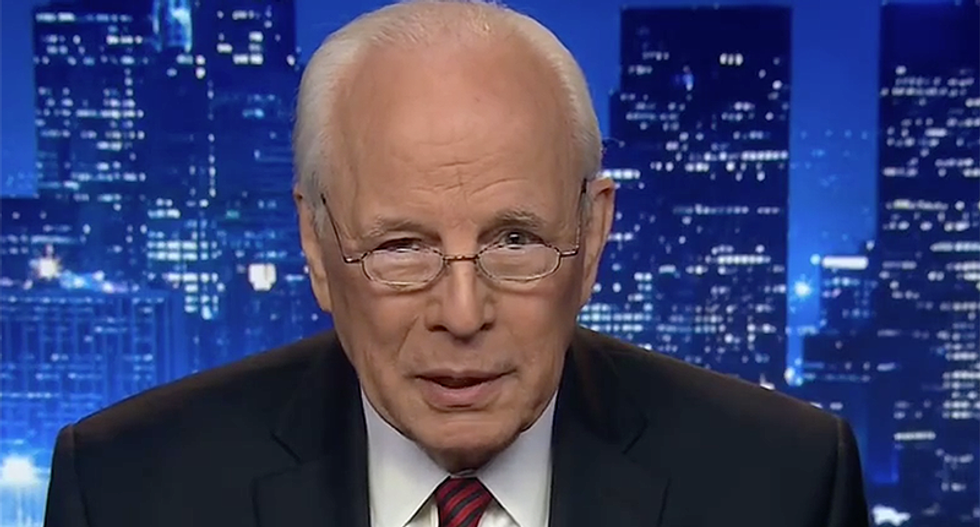 Responding to a report from CNN's Dana Bash that former Donald Trump senior strategist Steve Bannon is encouraging the White House to go on the offensive against special counsel Robert Mueller, former Nixon-era White House lawyer John Dean warned that would be making a big mistake.

According to Bash, "I'm being told as some of our other colleagues have been told that the president is really angry and that people inside the White House are certainly kind of feeling the reverberations of what happened today."

"And as part of that, because of that, the president is hearing advice from his former top adviser, Steve Bannon, who is saying that he wants people inside the White House to basically engage in a crash-and-burn strategy," she continued. "This is from a source close to Steve Bannon. That he wants the White House to get Republicans on Capitol Hill to cut funding for the special counsel, publicly debate Bob Mueller's mandate, slow document production, go to court and try to slow documents being requested there and go on a massive PR campaign and try to get Capitol Hill to engage."

"I'm just as an American citizen and as somebody who spent years in law enforcement. I 'm concerned about the future of this country." Marriotti began. "If we have the president of the United States trying to work together with Congress to defund law enforcement, it's basically a statement that the president is above the law."

"I think it's a very scary thing for our country. and I hope that people in Congress would not support that strategy, because it is frankly a very dangerous thing for this country," he added.

"That's a modified form of firing Archibald Cox, cutting off funding to the special counsel," Dean lectured. "I'm not sure it lends towards obstruction of justice and Bannon saying let's all conspire toward justice. But they're playing with fire here and I think people who sign on to this have to be very careful."