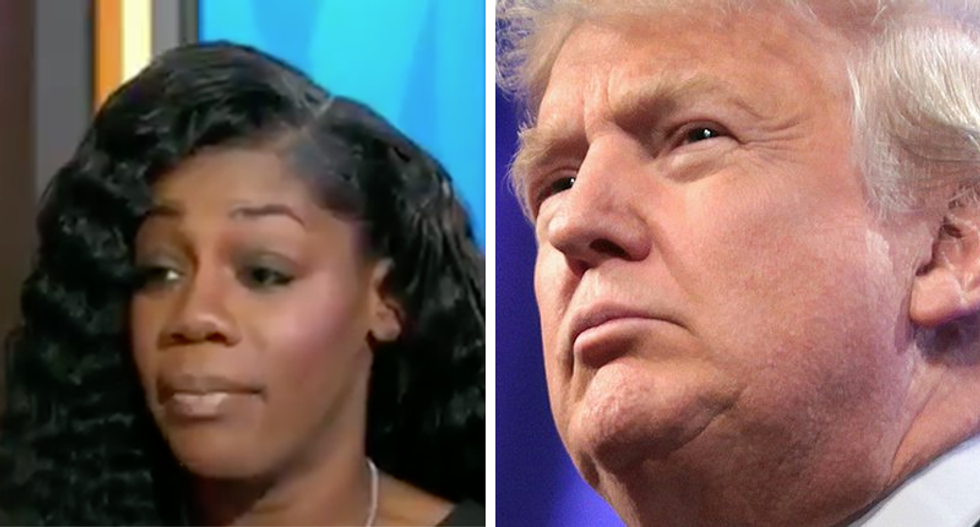 In a shocking move, President Donald Trump attacked the widow of Sgt. La David Johnson, denying her claim that he didn't know the name of the fallen soldier.

"I had a very respectful conversation with the widow of Sgt. La David Johnson, and spoke his name from beginning, without hesitation!" Trump tweeted Monday, after Myeshia Johnson appeared on ABC's "Good Morning America."

“He couldn’t remember my husband’s name,” Johnson said. “That’s what hurt me the most.”

She explained that Trump hesitated before finally saying the name, as if he had to look for the name on a piece of paper. Mrs. Johnson never claimed that Trump didn't say the name, only that he didn't seem to know it.

This isn't the first time Trump has attacked a Gold Star family. During the 2016 campaign, Trump had an ongoing feud with the Khan family, who spoke out against Trump during the Democratic National Convention.

The internet was quick to blast the president for attacking a widow forced to grieve on national television. You can see a sample below:

And here he goes, arguing with the widow over Twitter. There's always a new low. https://t.co/ViTsWNJUpY
— Patrick Chovanec (@Patrick Chovanec)1508762582.0

@realDonaldTrump If you find yourself score-settling with widows, ask your doctor if being president is right for you.
— pourmecoffee (@pourmecoffee)1508762904.0

@realDonaldTrump "I heard him stumbling on trying to remember my husband's name, and that’s what hurt me the most..." - Myeshia Johnson
— Paul Silver (@Paul Silver)1508763579.0