Keith Olbermann: The NRA should be branded a 'terrorist organization' in wake of Las Vegas massacre 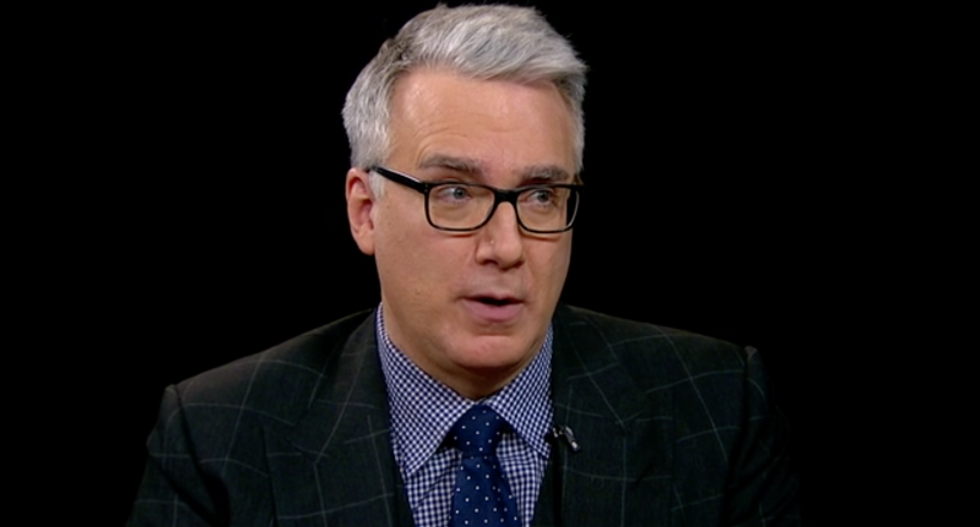 As the aftermath of the Las Vegas mass shooting carried out by millionaire real estate investor Stephen Paddock once again brings on an impassioned debate about gun control, Keith Olbermann took to "The Resistance" to explain with resignation why this keeps happening.

"We have the Second Amendment, which was designed to keep the federal government from taking away the right of each state to maintain it's own militia," Olbermann said, "but which has now been transformed into an excuse for why madmen of whatever heritage or political purpose cannot be stopped from carrying at least 10 long rifles into a hotel room in Las Vegas and setting up a sniper's nest and killing people."

The Second Amendment, he continued, also provides an excuse "why a group that enables such massacres -- the National Rifle Association -- is not branded for what it is: a terrorist organization."

He went on to quote a Parade magazine op-ed written in 1990 by former Chief Justice Warren E. Burger, a conservative appointed by former President Richard Nixon, where he claims the gun lobby's twisting of the antiquated amendment "is one of the greatest pieces of fraud" in American history.

"It is time to end the National Rifle Association," he concluded.

Watch Olbermann indict the NRA in the Vegas shooting below, via GQ.

The CIA has concluded that US diplomats suffering mysterious headaches and nausea in what has been dubbed "Havana Syndrome" were not targeted in a global campaign by a foreign power, reports said Wednesday.

NBC News, The New York Times and Politico cited multiple officials briefed on a CIA intelligence assessment on the incidents that first surfaced among diplomats in 2016 in the Cuban capital, in which US and Canadian officials complained of severe headaches, nausea and possible brain damage after hearing high-pitched sounds.