Olbermann torches Trump: Widow of fallen soldier saw 'our son of a b*tch president' at his most disrespectful 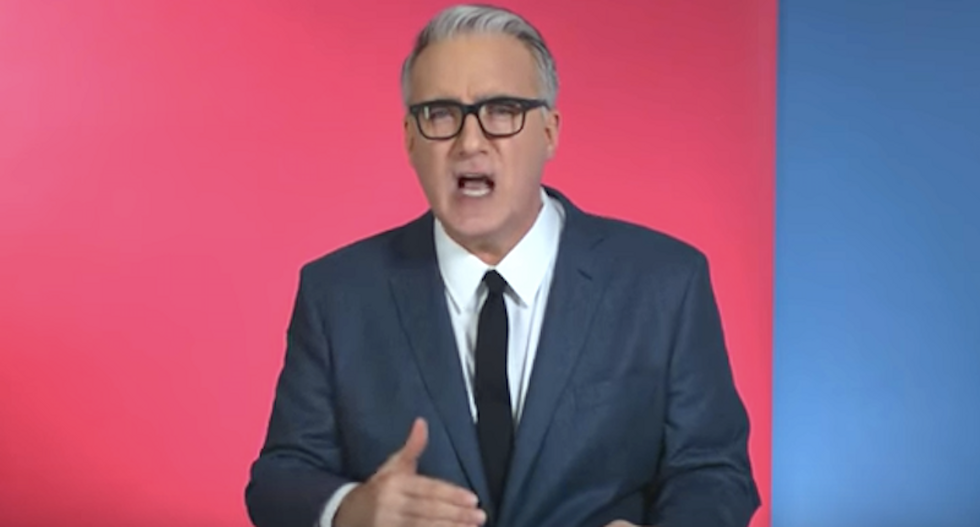 In the latest episode of "The Resistance," host and veteran journalist Keith Olbermann leveled President Donald Trump's own vulgar insult against him as an indictment against his mistreatment of a Gold Star widow.

"Our son of a b*tch president has, in effect, called a newly widowed military wife a liar," Olbermann said of the latest installment of Trump's feud with war widow Myeisha Johnson.

Johnson, whose husband La David died in the controversial ISIS ambush in Niger earlier this month, said the president could not remember her husband's name. Trump responded almost immediately on Twitter, saying he and Johnson had a "very respectful conversation" and that he "spoke [La David's] name without hesitation."

Watch Olbermann turn Trump's own vitriol against him below.

NEW VIDEO: The Pig Trump crosses the ultimate line, disrespecting a fallen soldier and implying his widow is a liar. pic.twitter.com/N3jRSoZN7E