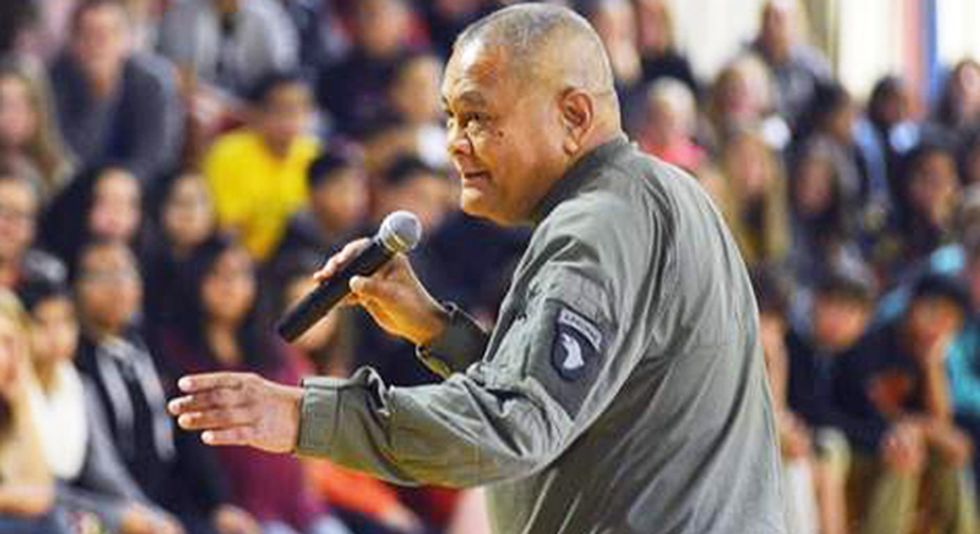 The city council of Echo, Oregon offered a formal apology for the actions of one member who told a gay man he would "spit on his grave" after he died of AIDS.

According to the East Oregonian, Echo City Councilor Lou Nakapalau got into an argument with filmmaker Joe Wilson -- a gay man who makes documentaries about members of the LGBTQ community -- on Facebook when he made the offensive comment.

“When you croak of AIDS (Anally Injected Death Serum) I’ll spit on your grave,” Nakapalau wrote to Wilson, before adding an anti-gay slur.

Pressured by the council to apologize, Nakapalau refused, forcing them to take a vote and issue their own statement.

“The Echo City Council would like to extend its sincerest apology to those who were offended by comments made by a council member in a Facebook dialog reported by the East Oregonian,” the statement reads. “Comments of individual council members on their personal social media accounts do not have any endorsement or approval of the council as a whole nor do they represent city policy.”

The statement was issued at the most recent council meeting as Nakapalau sat silently while he was criticized by voters who turned out to voice their displeasure.

“I’m absolutely disgusted and think any self-respecting council would throw him off,” said local Jenny Sullivan.