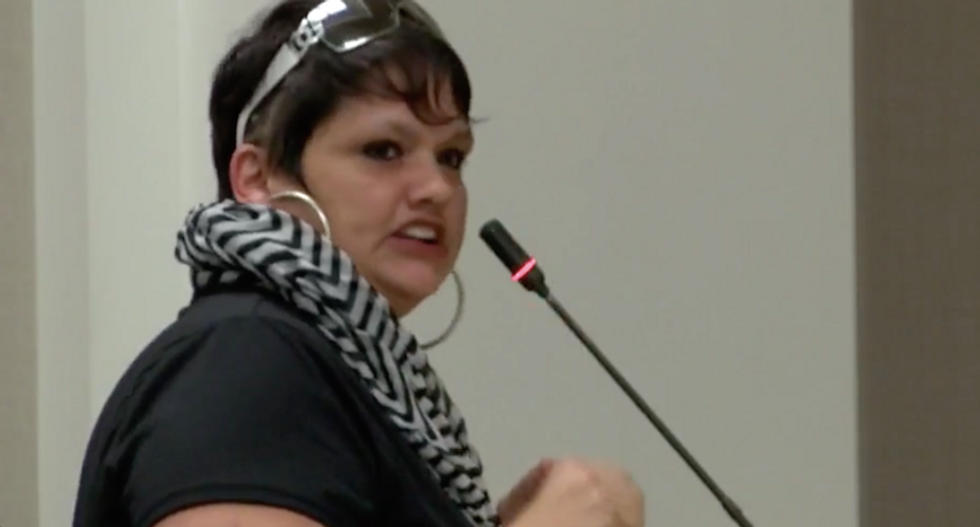 A Georgia school board is considering a zero-tolerance policy for racial slurs after parents complained a teacher wasn't sufficiently punished for using the N-word to console a black student.

The incident happened Sept. 1, when a black 9-year-old said a fourth-grade classmate made a racist remark to her and another girl, and their teacher's reaction upset the child and her parents.

“The thing that really really shocked me was when the teacher leans into the girls, and she kind of caressed my daughter’s face and says, ‘Oh, you’re a beautiful girl, but at least she didn’t call you a dumb black and the N-word,'” said the girl's father, Nathan Frazier. “When my daughter told me that I was completely shocked.”

The family coordinated with the school district to send their daughter to another school, and Reese Road Leadership Academy teacher Tammy Carnley was suspended for two days without pay and reassigned to an undisclosed non-classroom position.

That punishment, which included a letter of reprimand and cultural competency training, didn't satisfy some parents.

"This teacher gets a two-day suspension and a non-teaching job at the Taj Mahal?" one parent said, according to WRBL-TV. "Baby, that’s a promotion -- not a punishment."

The school district announced its investigation found the teacher used “a racial slur in an attempt to explain to a group of elementary school students that this same word should not be tolerated.”

Thomas proposed banning the use of racial slurs by any school employee, with an exception for historical or literary works taught in the classroom -- but with prior notification to parents about the lesson.

“God bless Mr. Thomas’ heart," said one parent, "but I shouldn’t have to wait on the white boy to create a policy that speaks to what’s going on with black children."

District 1 representative Pat Hughley Green, who is black, said more debate was needed to ensure the policy didn't violate state or federal law, and she said the policy must be clearly defined and offer specific protections for lower-paid, non-certified employees.

“Sometimes there are stereotypes, stereotypical language that people use that may be offensive to me and should be considered a slur,” Green said. “Maybe we should offer something more definitive, and more importantly, to me, any kind of derogatory language, not just a racial slur, should be considered to include here, any type of derogatory language, referring to not just race but gender, sexual orientation, ethnicity, religion, any kind of slur we should protect our children from.”

The school board will vote on the policy at next month's meeting.