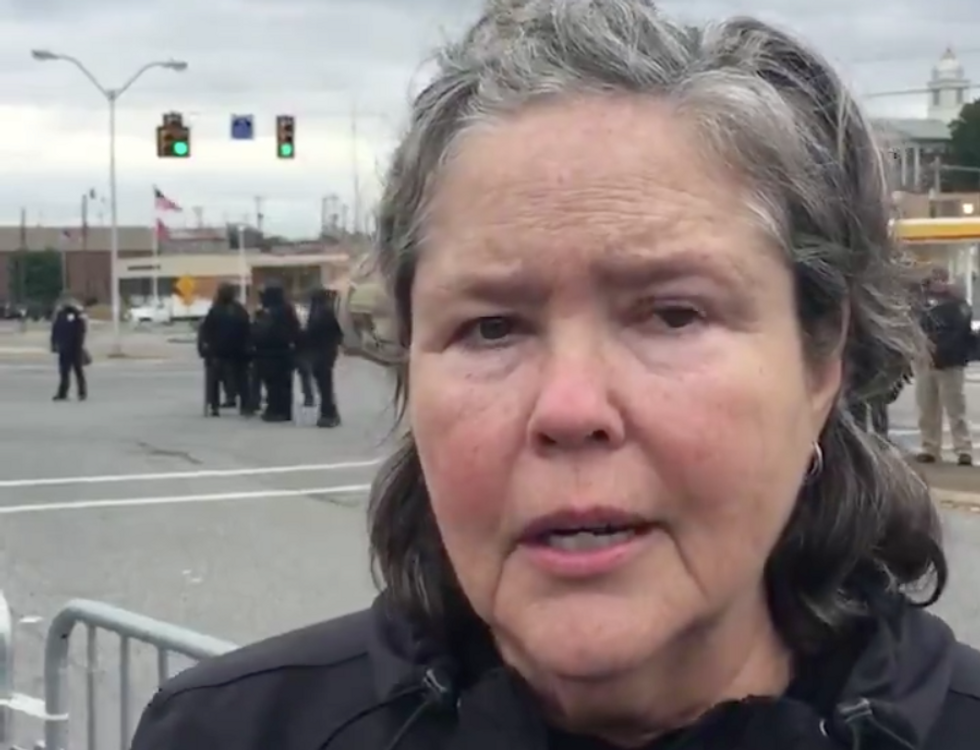 On Saturday, BuzzFeed News reporter Andrew Kimmel posted video of an anti-racist protester at the Shelbyville, TN "White Lives Matter" march who reported that speakers at the march taunted counter-protesters by invoking the name of Heather Heyer.

"The most offensive thing they said today was when the short announcer -- he seemed to be the primary MC -- he came to the mic and said, 'I don't see Heather Heyer in the crowd over there,'" reported a woman who attended the counter-protest against the white nationalists and neo-Confederates who attended the march.

Heyer, 33, was killed when a white nationalist demonstrator rammed his car into a crowd of protesters in Charlottesville, VA last summer.