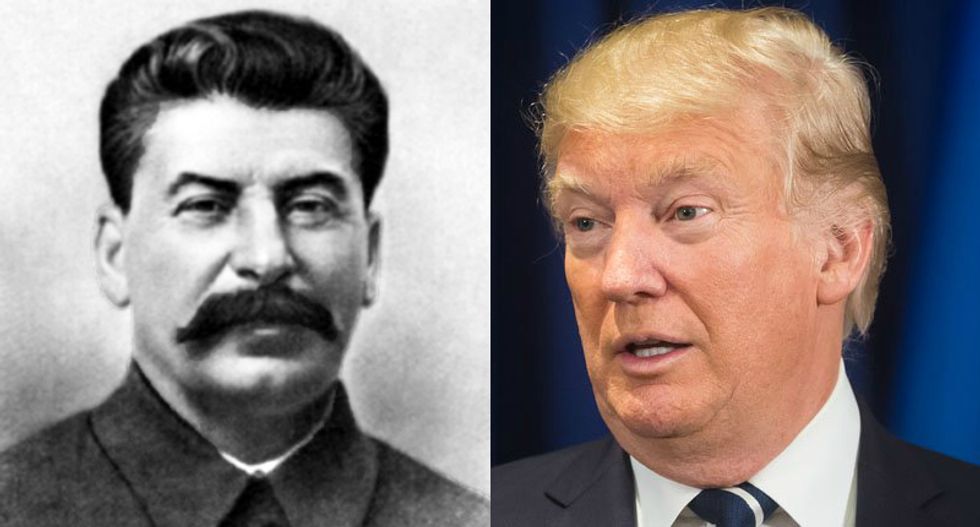 "Here, President Trump defined 'fake news' the way Joseph Stalin defined 'enemies of the people': if they offer a slightest objection to his rule they must be wrong," Kruscheva told the Washington Examiner. "And they must be silenced."

Kruscheva's comments came on the heels of Trump's latest attacks on the media, when on Wednesday he threatened to "challenge" NBC's license for their reports claiming the president wants to increase the American nuclear arsenal tenfold. Shortly after, he told the White House press pool that he finds it "frankly disgusting the press is able to write whatever it wants."

"Somewhere on the way to his real estate/reality TV career he forgot his lessons in civics and American democracy from high school," Khrushcheva told The Examiner. "Or maybe he always had an ‘F' in those subjects; being rich, he didn't and still doesn't think they apply to him."

"For that we are all paying dearly," the professor continued. "And the longer he stays in, offering more and more somewhat Stalinesque amendments to American democracy, the more autocratic erosion to this once wonderful system we will experience."
Opinion
Report typos and corrections to: corrections@rawstory.com.