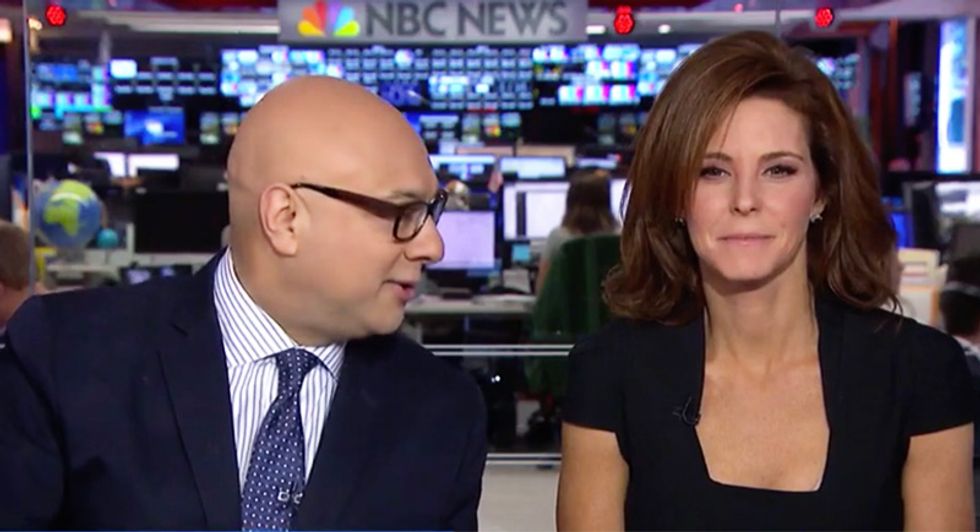 Addressing a Forbes report that Commerce Secretary Wilbur Ross left more than $2 billion in assets off his financial disclosure forms -- moving them into trusts -- MSNBC hosts Ali Velshi and Stephanie Ruhle said the lack of disclosure was "right out of the Trump playbook."

According to Forbes, Ross was expected to disclose approximately $3.7 billion in assets before his Senate hearings, but prior to being appointed to head up Commerce, the businessman shifted billions to his family in such a manner that trust experts said he should have resulted in him paying  gift taxes of $800 million or more.

With host Velshi saying Ross moved a "chunk of assets," Stephanie Ruhle jumped in to say, "Is it fair to say a chunk of assets? It could be a small number, but we're talking 2 billion  --with a 'b' -- dollars. "

Admitting it was more like an "iceberg of assets," Velshi said, "That meant he didn't have to put the $2 billion on his financial disclosure report."

The two hosts then ran through a litany of Trump officials who did sell off assets, but pointed out that Ross is not the first to hide or leave off important information off.

"The argument in straight from the Donald Trump playbook," host Ruhle explained before adding,  "The Trump family doesn't have to adhere to the laws because you don't have to if you're the president."

"Donald Trump clearly set a precedent at the top, that it is not necessarily about what looks right but what you can legally get away with," Forbes editor Dan Alexander explained. "And for Wilbur Ross, you do have to disclose, even if you've moved assets into trusts for your children, you do have to disclose any income-producing assets over the last year. Now, he told me he made a transfer shortly after the election, which means that those assets would have likely gained a lot of income over the previous year. Looking at the financial disclosure report, they don't seem to show up."