Texas teen angry over being called racist threatens classmate: ‘We should have hung all u n*ggas’ 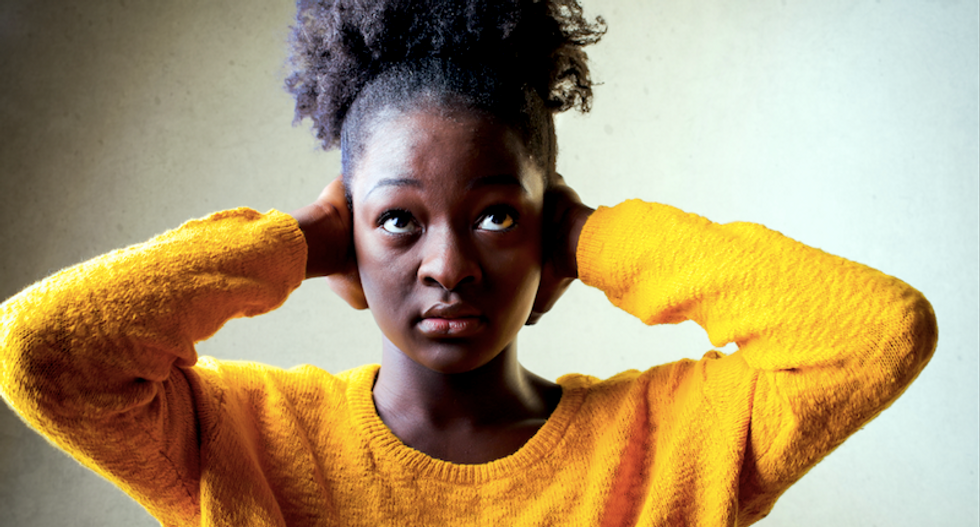 A Texas teenager was threatened with lynching after she called a classmate racist during an argument over NFL protests during the national anthem.

The black girl posted a supportive message about the protesters on social media, and the white boy objected in a follow-up Snapchat message, reported the Houston Chronicle.

"U liberals dumb as hell," the boy wrote, according to screen shots.

"Not as dumb as you racist," the girl replied.

"How the f*ck racism got brought into this," the boy responded. "Im standin up for my country."

Then the teen issued a racist threat.

"We should have hung all u n*ggas while we had the chance," he continued. "Trust me it would make the world better."

"This was a serious threat," King said Wednesday at a news conference in Houston. "And so we thought we were going to get a serious response."

But the boy still attends the school, and King's daughter and the handful of other black students there are fearful of their safety at the overwhelmingly white high school.

The girl's family is considering possible legal action against the school and law enforcement over their response to the threat.

School officials offered crisis counseling to the girl and changed the boy's class schedule to keep him away from her, but they said there's not much else they can do because the threat was made off-campus on a weekend.

"(Conroe Independent School District) does not tolerate this type of behavior," a spokeswoman said in a statement Wednesday. "The campus administered several levels of disciplinary consequences and continues to work with the students involved and their parents."

King said the schedule change hasn't kept the boy away from his daughter, and he said moving her to another school still wouldn't protect the remaining black students -- who make up just 2.5 percent of the student population.

"How would that help the other African-American students or the other students in general?" said civil rights lawyer Randall Kallinen. "How would that keep them safe? When you threaten to kill and say that the world is better off by getting rid of a certain race, that is the epitome of racism -- and the school did next to nothing."

Kallinen said the family is giving school officials another chance to respond to the threat before considering legal action.

"(The messages) were a threat to her life," he said. "That's a threat to other African-Americans at The Woodlands. This is a very serious matter, and Woodlands High School did not take it so serious."