The View excoriates Trump over disrespect for military families: 'Have you no shame, sir? Damn!' 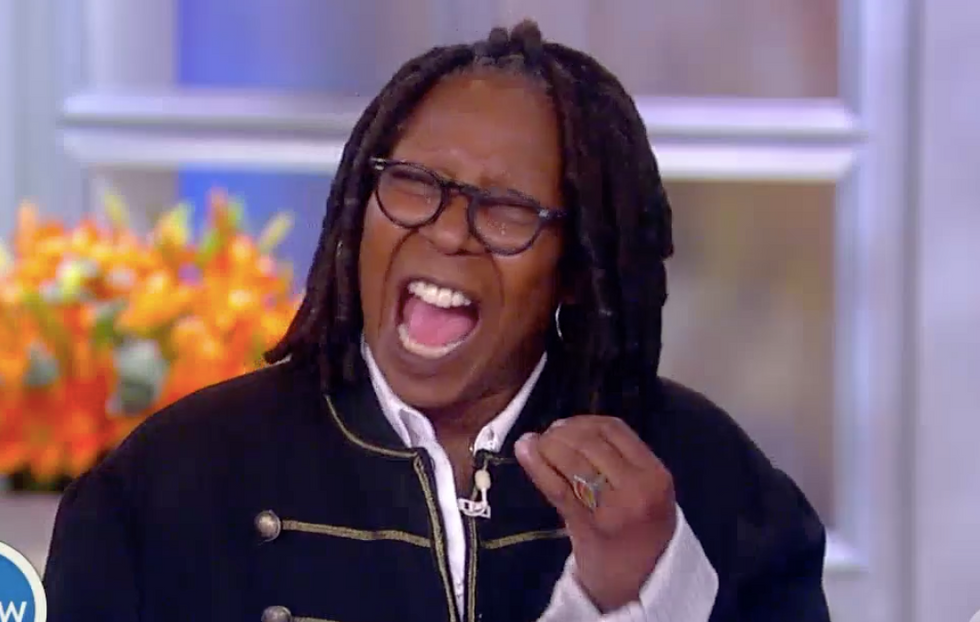 Whoopi Goldberg of ABC's "The View" was incredulous and angry on Wednesday at the news that President Donald Trump disrespected the family of slain U.S. Army Green Beret La David Johnson and is now engaged in a testy back-and-forth with the soldier's congresswoman Rep. Fredericka Wilson (D-FL).

Goldberg explained that she grew up in Chelsea in New York City and that she watched hundreds of young men ship out to Vietnam who then came home "and did terrible things to themselves...terrible things."

"For me, if your kids haven't gone or you didn't go," she said, "I need you to have a whole different mindset than the folks who went."

Later she said, banging the table, "Again, all I can say is have you no shame? Damn! You're tweeting about the NFL, man. What are you doing?!"