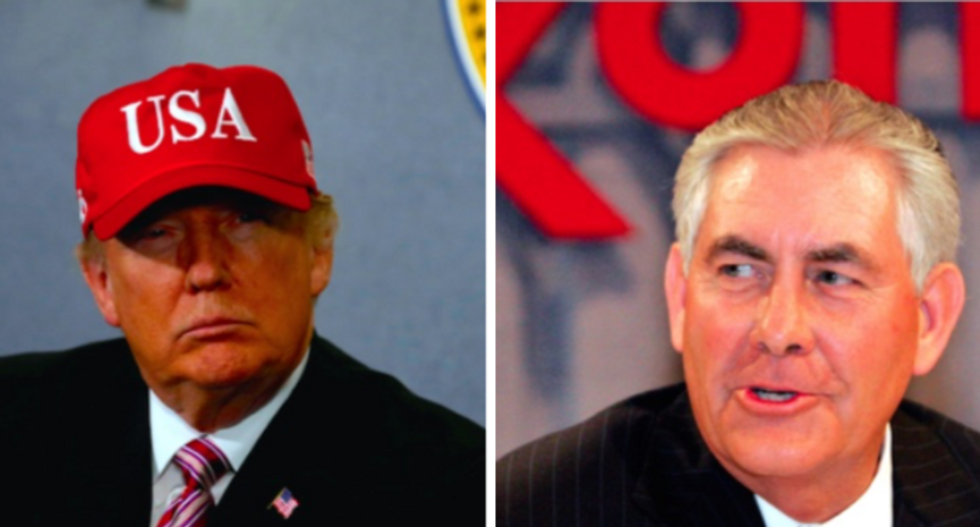 President Donald Trump challenged Secretary of State Rex Tillerson to an "IQ test" while talking to a reporter at the White House.

The secretary of state reportedly called the president a "f*cking moron" during a Pentagon meeting in July, although his comments weren't reported until last week, and Tillerson didn't quite deny making them.

The secretary of state, however, insisted the president was "smart" -- but he refused to answer a specific question about whether he'd insulted Trump's intelligence.

The president disputed the NBC News report during an interview with Forbes published Tuesday, but he also took a shot of his own at Tillerson.

"I think it's fake news," Trump told Forbes, "but if he did that, I guess we'll have to compare IQ tests -- and I can tell you who is going to win."

He continued his public attacks on Tillerson's diplomatic work with North Korea, which he said was helpful to the secretary of state.

"He was wasting his time," Trump said. "I'm not undermining, I think I'm actually strengthening authority."