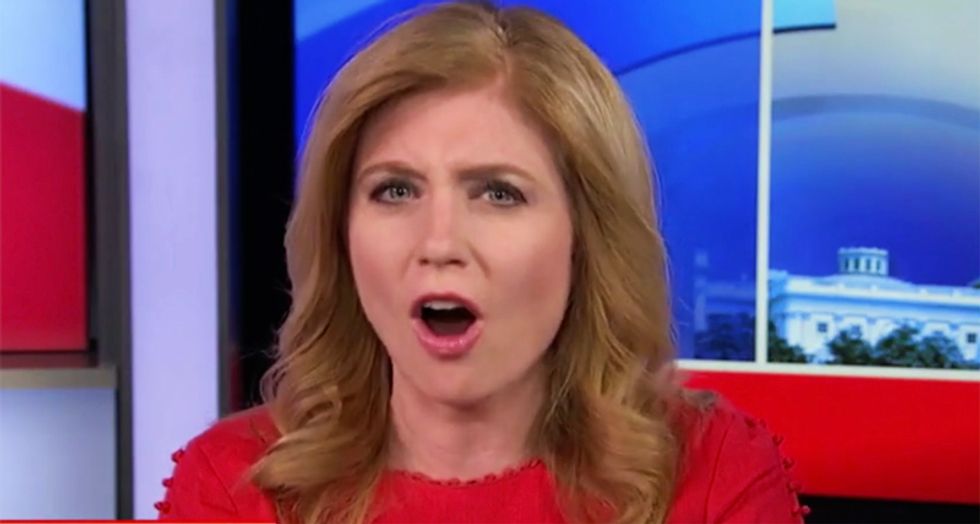 A  report from Axios that President Donald Trump is offering to personally fund the legal defense of some current and former White House aides drew a stunned response from an MSNBC panel, with one panelist calling the suspicious move "potentially an admission of guilt."

Saturday afternoon it was reported that Trump would dip into his personal bank account to pay the legal fees of White House staffers who have been drawn into federal investigations into the Trump administration and presidential campaign.

Washington Post columnist Catherine Rampell cut right to the chase wondering what Trump's motivation might be to shell out big bucks to staffers who may be testifying against him.

"I would wonder what his motivations are" she explained. "Maybe he feels guilty that his associates and aides are now having to bear the burdens of these bills. Whether or not it's his motivation, this would be a very effective way to keep them in line and keep them in hock to him."

'If he doesn't want people who know where the bodies are buried -- if there's bodies -- to flip on him and disclose that information to [special counsel] Mueller, offering to pay legal bills is an effective way to keep pulling the strings," she added.

Erin McPike from the Independent Review Journal what more blunt, saying the deal has a bad smell to it.

"One of the things we know about Donald Trump is that he really likes to throw money at the problem, whatever the problem is," she explained. "He often does that and he also throws money around to curry influence as he did throughout the campaign and said he was going to donate some of his campaign funds to veterans groups."

'He really seems to like to do that a lot," she remarked. "I'd also point out this could potentially be some kind of admission of guilt on some level, even if Trump himself didn't know what was going on in the campaign, should there have been collusion. It just all smells kind of funny."

No other panelist could recall a sitting president offering to pay legal bills of aides when their own White House was under investigation.