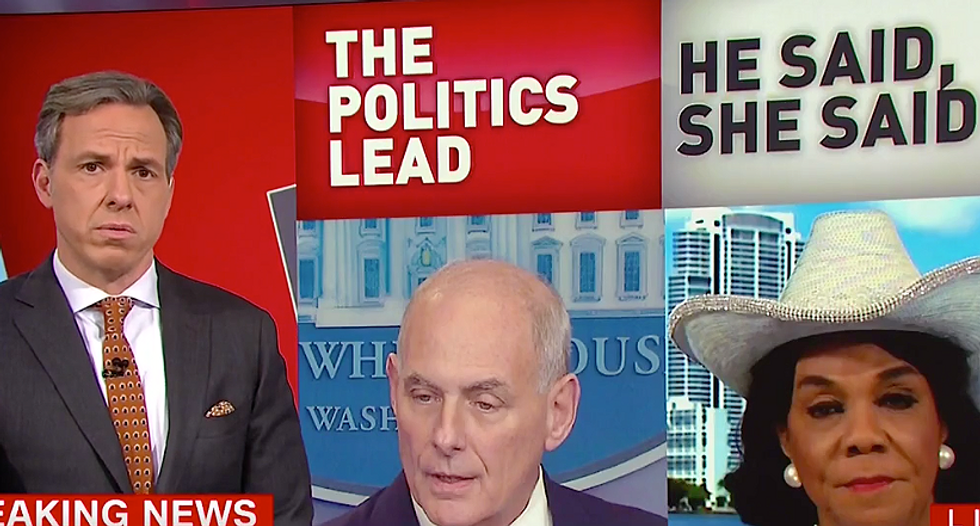 CNN’s Jake Tapper on Friday was not having any of Sarah Huckabee Sanders’ assertion that it’s “highly inappropriate” for the press to question Gen. John Kelly. The CNN host called the comment “one of the most shocking things” he’s ever heard a press secretary say—then issued a brutal fact check of Sanders’ claim.

Tapper was discussing comments by Sanders at a press briefing Friday, where the White House spokeswoman claimed the media should not challenge a four star general.

“If you want to go after General Kelly, that’s up to you,” Sanders told a reporter who pointed out the general mischaracterized a 2015 speech by Rep. Frederica Wilson (D-FL) during a press briefing Thursday. “If you want to get into a debate with the four-star Marine general, I think that’s something highly inappropriate. Go ahead.”

“White House press secretary Sarah Sanders said one of the most shocking things I've ever heard from that podium,” Tapper said on Friday’s The Lead. “She suggested that currently journalists cannot question generals. That's not how we do it here in the United States.”

Later in his show, Tapper poured cold water on Sanders’ claim, reading a selection tweets where Trump himself has criticized generals.

“I want to point out that there is a long tradition in this country of questioning generals,” Tapper said. “You know who has done a lot of questioning of generals? President Trump."