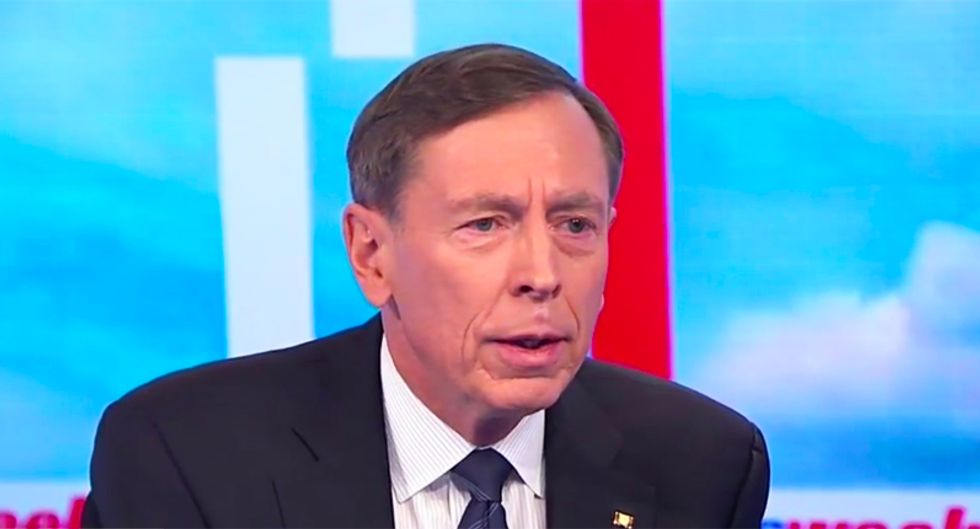 During an appearance on ABC's This Week to address tensions throughout the world under President Donald Trump, retired general and former CIA Director David Petraeus pushed back at White House Press Secretary Sarah Huckabee Sanders for saying military officers were not to be criticized.

In a Friday press conference, the Trump mouthpiece chastised reporters for calling out Chief of Staff John Kelly for lying about Florida Democrat Frederica Wilson. According to Huckabee Sanders, General Kelly's four stars makes him above reproach.

"I want to start with what the White House said, about it being highly inappropriate to debate a four-star general," Raddatz offered.

"Well, I think we’re all fair game. And I certainly experienced lots of that in testimony on Capitol Hill during the surge in Iraq and subsequent endeavors in Afghanistan Central Command and so forth," the former general explained. "We, in uniform, protect the rights of those to criticize us, frankly."

Petraeus then recalled the criticism he received after after he initiated the "surge" in Iraq.

"I remember opening The New York Times in the morning of the big testimony on the surge at the six-month mark, and there was a full-page ad attacking me personally," he remarked before adding, "I didn’t appreciate it, needless to say."

"It said, 'General betray us,'" the ABC host reminded him.

"Yes. But at the end of the day, we are fiercely protective of the rights of Americans to express themselves even if that includes criticizing us," Petraeus stated.