'Why don't you like me, dog?': Black protester hugs neo-Nazi outside Richard Spencer speech 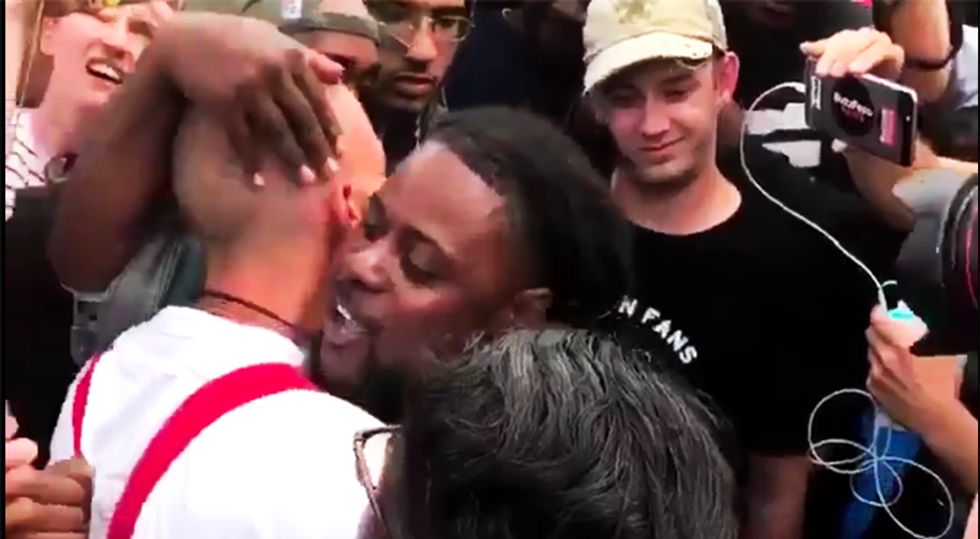 In video uploaded to Twitter, a black man confronted a neo-Nazi outside of white nationalist Richard Spencer's speech on Thursday and stunned him -- but not with a punch.

According to WGN, 31-year-old Aaron Alex Courtney is seen in the video hugging the man and asking, “Why don’t you like me, dog?”

According to Courtney, he was initially infuriated by the man, but claimed he had a better idea than assaulting him verbally,.

“I asked him, ‘Why do you hate me? What is it about me? Is it my skin color? My history? My dreadlocks?” Courtney recalled.

As the unidentified white man looked away, Courtney reached out and gave him a hug.

“I reached over and the third time, he wrapped his arms around me, and I heard God whisper in my ear, ‘You changed his life,'” Courtney explained.

“Why do you hate me?” Courtney asked once again, to which the man replied, “I don’t know.”