Alabama's Charles Barkley trashes Moore: 'Should have been disqualified as a white separatist before the woman stuff' 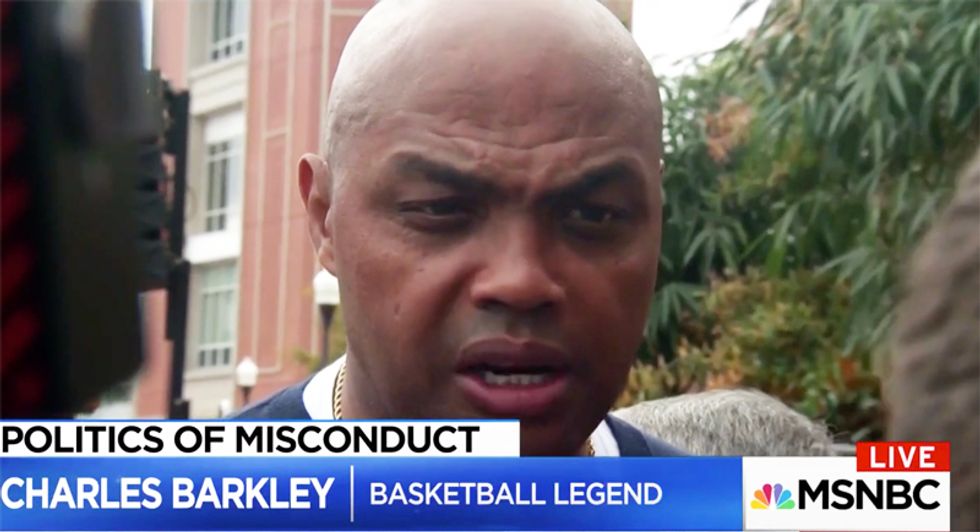 Alabama native and former NBA great Charles Barkley had some harsh words for embattled U.S. Senate candidate Roy Moore on Saturday afternoon, saying the former judge should have been disqualified for higher office because he is allied with "white separatists."

Barkley, who attended Auburn University, was stopped by MSNBC's Vaughn Hilliard outside of the "Iron Bowl" where his alma mater was slated to play Alabama Saturday afternoon.

Asked about Moore, the outspoken Barkley lived up to his blunt talk reputation.

"Everybody's going crazy over this sexual allegations," Barkley said as the crowd surged around him. "Roy Moore, to me, when he brought in Steve Bannon should have been disqualified. How can you have a guy running with the white separatist running for political office?"

"We got a lot of black people in this state who are amazing people, but to run a campaign with a guy as your chief advocate who is a white nationalist, a white separatist? That should have disqualified Roy Moore way before this women stuff came up."