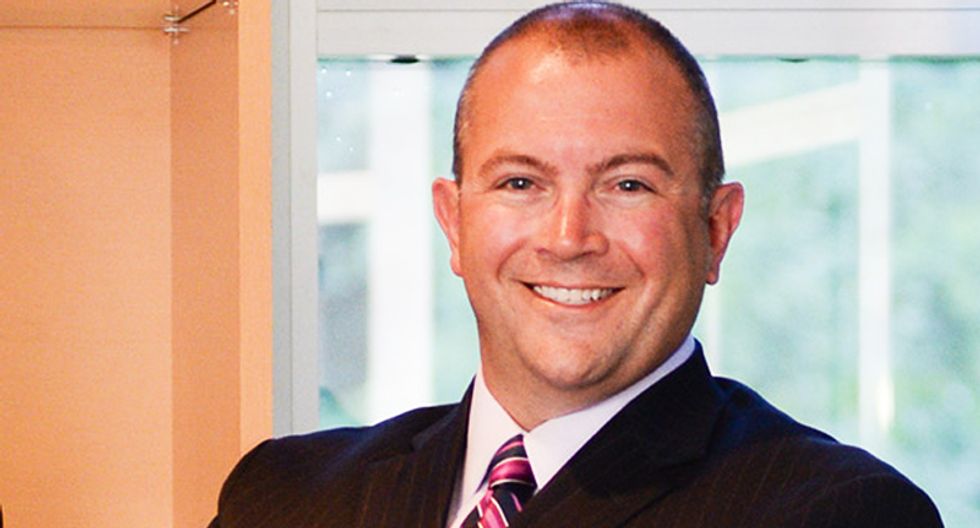 A black cheerleader at Buena Vista University in Iowa has resigned from the squad after the school president said the young women would no longer be allowed  to kneel in protest of police brutality during the national anthem prior to athletic events.

According to the Sioux City Journal, school president, Dr. Joshua Merchant, met with the football players and the cheerleaders after members of both groups took a knee at a game on Sept. 30 at J. Leslie Rollins Stadium. After speaking with the students, Merchant warned that  they must stand for the anthem -- conceding they could kneel before it -- because their prior actions had drawn unwanted scrutiny of the school  and increasing tensions on the campus.

Parker, who is also the president of the Black Students Union at the private university that is 80 percent white,  disagreed.

"Standing for something I know personally isn't right, isn't something I feel should be forced upon me," she wrote to her cheer coach, Whitney Miller. "I understand in life, at times when you're an adult you have to do things you don't like because someone in power said so, but that is not the same in this case."

Parker was one of nine cheerleaders who took a knee at the September game, and joined several other cheerleaders across the street from the stadium prior to the BVU football game on Oct. 21, but was told that would no longer be an option in the future.

"My personal strong beliefs on social injustice are my principles to my core, ignoring those and standing during the anthem is something that is problematic to for me," Parker explained. "I have to live with the choices I make, and look at myself in the mirror and know that I made the right choices for myself and what I believe in."

"I never thought in my years of cheering I'd have to stop for a years like this, but I can't bring myself to ignore this strong issue that is arising," she added.

Dr. Merchant -- who took over as president at the university in July of 2017 -- refused to comment on Parker, citing privacy concerns.