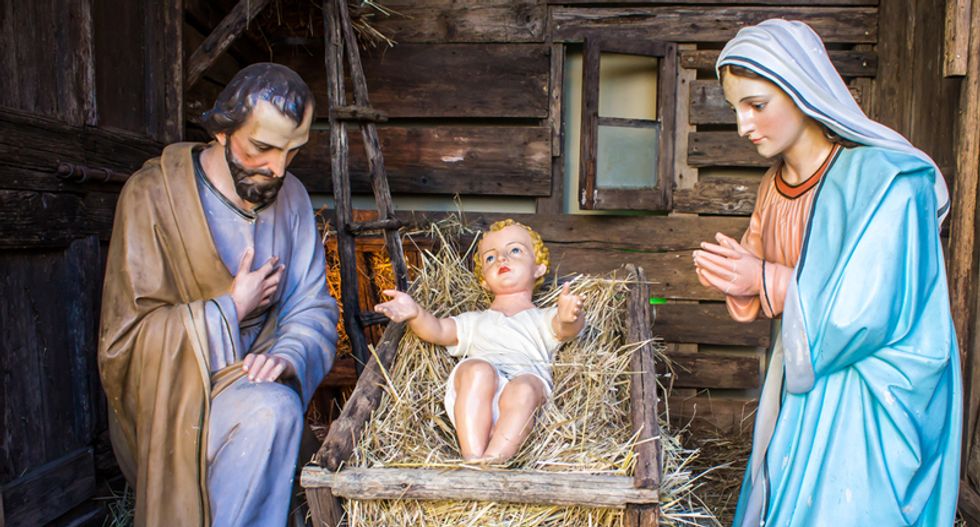 Prominent Christian missiologist Ed Stetzer wrote in Christianity Today to slam supporters of Republican senate nominee Roy Moore for the "sheer foolishness" of attempting to use the Bible to rationalize sexual assault.

"Simply put, it is important to make clear that Christians don’t believe the message that is coming from some of Moore’s supporters," Stetzer fact checked. "Actually, most of us find it really creepy."

Stetzer counseled that, "in the midst of an avalanche of accusations against liberal Hollywood that we accept immediately as truth, let’s not brush aside an accusation against a religious right leader. We need to take allegations seriously on all sides of the political aisle."

Thursday, Alabama State Auditor Jim Zeigler said that, "Even if you accept The Washington Post's report as being completely true, it's much ado about very little."

“Take Joseph and Mary. Mary was a teenager and Joseph was an adult carpenter. They became parents of Jesus,” Zeigler told The Washington Examiner. “There’s just nothing immoral or illegal here. Maybe just a little bit unusual.”

Stetzer was appalled that some Roy Moore supporters the Bible to justify sexual abuse of a 14-year-old.

"If this is evangelicalism, I’m on the wrong team," Stetzer charged. "But it is not. Christians don't use Joseph and Mary to explain child molesting accusations."

"His statement is so far beyond truth that it would be comical, if it wasn’t so offensive and, let me say, nearly blasphemous," Stetzer noted. "I want to be clear: this is neither an evangelical view, nor should the Bible be used in this way."

Stetzer confessed that "anger" might be too light of a word for his feelings.

"So, let’s be clear. No. Normal. Evangelical. Believes. This. About. The. Bible." Stetzer repeated. "And to all you reporters out there, THIS IS NOT WHAT EVANGELICALS BELIEVE."