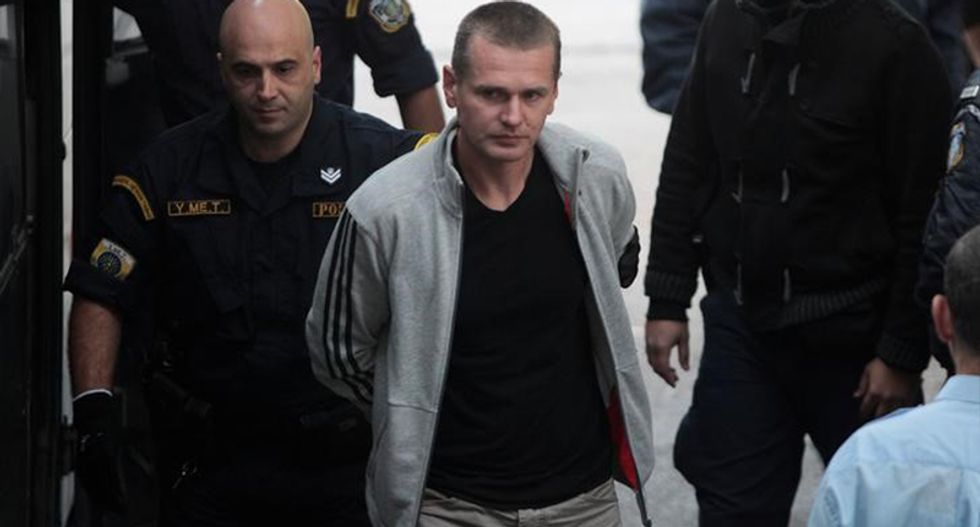 Greece's Supreme Court adjourned an appeal hearing on Wednesday for the extradition to the United States of a Russian suspected of masterminding a $4 billion bitcoin laundering ring.

Alexander Vinnik is accused of running BTC-e -- a digital currency exchange used to trade bitcoin -- to facilitate crimes ranging from computer hacking to drug trafficking since 2011.

He was arrested on a U.S. warrant in July while on holiday in Greece, and in October a panel of judges cleared his extradition to the United States.

Vinnik denies the charges and has told Greek judges that he was a technical consultant to BTC-e and not its operator.

The hearing was postponed to Dec. 6 because of the absence of two witnesses.

Vinnik is one of seven Russians arrested or indicted worldwide this year on U.S. cyber crime charges.

Since his arrest, Moscow has also demanded Vinnik be extradited on lesser fraud charges amounting to 10,000 euros. Greek judges have approved that extradition too and Vinnik has agreed to be returned to Russia.

In competing requests, the final decision is in the hands of Greece's justice minister.