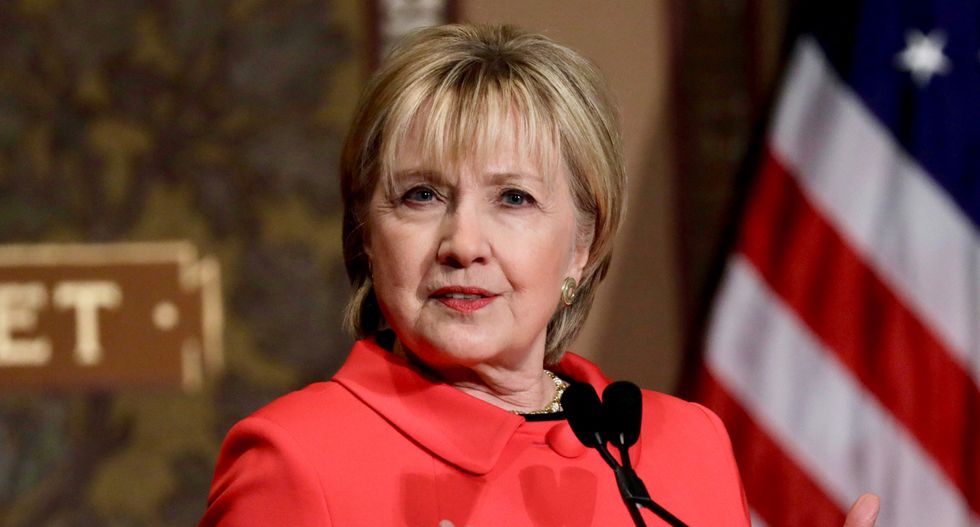 Former secretary of state Hillary Clinton speaks at an award ceremony honoring women and their role in international politics and peace building efforts hosted by the Georgetown Institute for Women, Peace and Security in Washington, U.S., March 31, 2017. REUTERS/Kevin Lamarque

According to a report in the Washington Post, former Democratic National Committee head Donna Brazile considered replacing Hillary Clinton as the Democratic presidential nominee and replacing her with Vice President Joe Biden.

As reported by Philip Rucker, Brazile writes in her new book that she became concerned with Clinton's candidacy -- calling it, “anemic” and saying it had taken on “the odor of failure.”

“Again and again I thought about Joe Biden,” Brazile wrote, adding “No matter my doubts and my fears about the election and Hillary as a candidate, I could not make good on that threat to replace her.”

Brazile writes that she considered multiple candidates to replace Clinton but backed off attempting to drop the first female Presidential candidate.

“I thought of Hillary, and all the women in the country who were so proud of and excited about her. I could not do this to them,” she wrote.