‘Drink it in ladies!’ Video shows Matt Lauer walking around in his underwear off-set on 'Today Show' 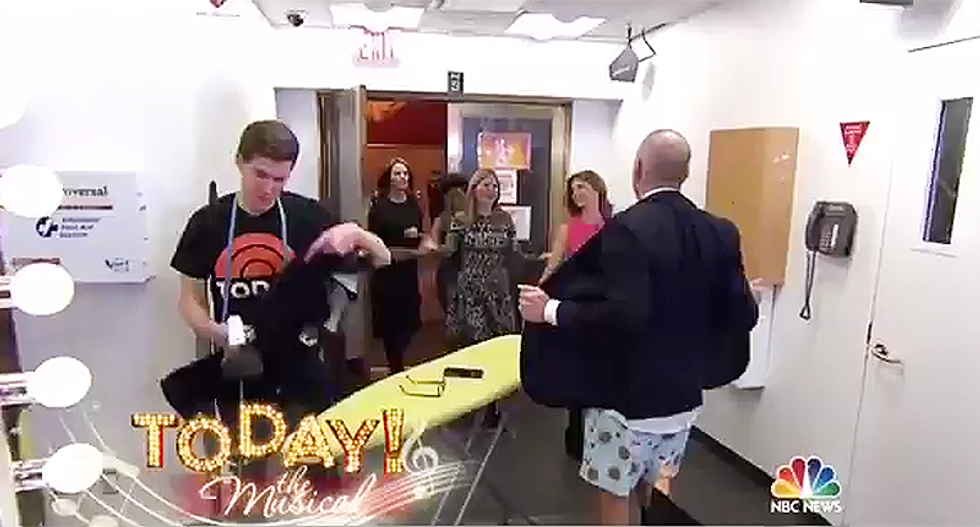 A 2014 video from "Today" beings with a staffer getting people coffee running into host Matt Lauer in the hallway. He confesses he has to re-press his "designer slacks." It required him to take them off.

A staffer named "Alex" rushes in with an iron and begins to press the newsman's pants. Lauer notes he wants to look "as good as that numbnuts Regis Philbin."

Four of his female staffers then walk through the doors, inadvertently being exposed to Lauer.

"Drink it in ladies!" he says.

Jenna Bush Hager decries, "It's the third time this week!"

The four co-hosts walk away, but not before Lauer made one more awkward remark.

The video was part of a 30-minute musical special of its morning show. The NBC special ran with numerous scenes and strange skits. Lauer was fired Wednesday after allegations of sexual misconduct. Page Six reported that Lauer sexually assaulted a fellow staffer during the 2016 Olympics.

While it's typical for costume changes to occur back stage during television shows or theatre, this skit was written into the show itself.

Here is a (now very awkward) segment of a pants-less Matt Lauer exposing himself to four NBC women, saying "Drink it in ladies!"
One of them asks "Again Matt?"
Savannah Guthrie tells Lauer "Stop it. You're making me lactate." pic.twitter.com/tuLtro5etE