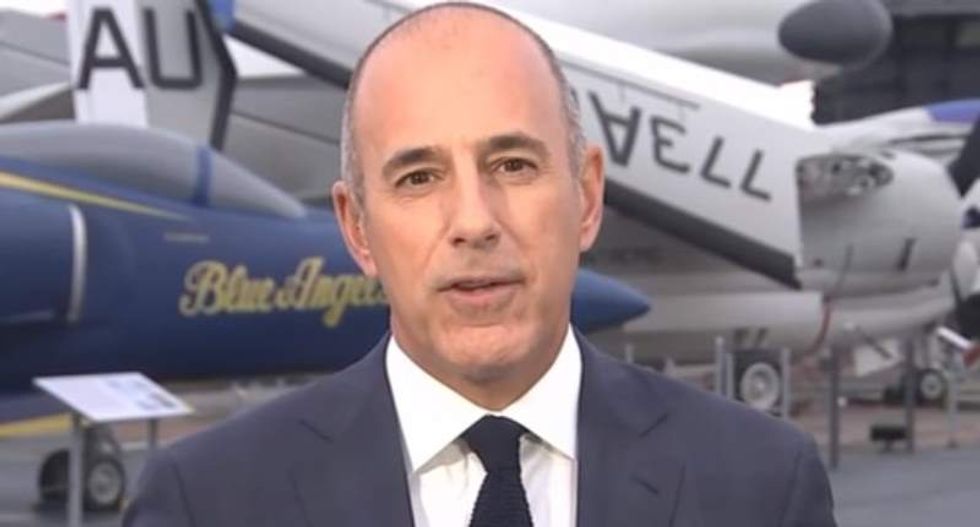 NBC is announcing that "Today Show" host Matt Lauer has been fired after inappropriate workplace behavior.

In a memo sent to NBC staff, Andrew Lack, said there was “complaint from colleague about inappropriate sexual behavior in the workplace by Matt Lauer.” Page Six reported that Lauer sexually assaulted a staffer during Olympics last year.

Lauer was informed of the decision late Tuesday evening by NBC News.

"Our highest priority is to create a workplace environment where everyone feels safe and protected, and to ensure that any actions that run counter to our core values are met with consequences, no matter who the offender," NBC News Chairman Andrew Lack said.

His former "Today Show" co-hosts open the morning's show with a message about the firing.

"As I'm sure you can imagine, we are devastated and we are still processing all of this," confessed Savannah Guthrie.

"I will tell you right now we do not know more than what I just shared with you, but we will be covering this story as reporters, as journalists," she continued. "I'm sure we will be learning more details in the hours and days to come. And we promise we will share that with you."

President Donald Trump also responded to the firing in his own way. Activists are also bringing up his interview with Democratic presidential candidate Hillary Clinton, saying it "makes more sense."

In 2014, Lauer was involved in a video in which he appeared back stage in his underwear telling his co-hosts to "drink it in."

Matt Lauer has been terminated from NBC News. On Monday night, we received a detailed complaint from a colleague ab… https://t.co/pxSqWaDy6q
— TODAY (@TODAY)1511957300.0