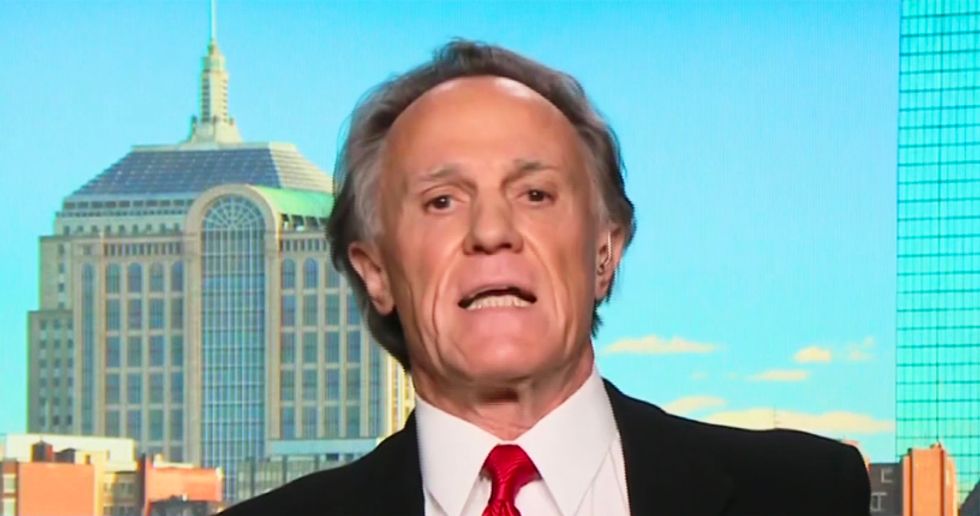 As part of a panel discussion on AM Joy, former evangelical Franklin Schaeffer tore into Roy Moore's female followers for betraying their Christian faith and replacing it with "moral relativism" in the service of defending the embattled U.S. Senate candidate.

According to Schaeffer, the son of influential Christian leader Francis Schaeffer, evangelicals are flocking to support Moore by using the part of the Bible that says women should remain silent and listen to men.

"Fast forward to our own era," Schaeffer remarked. "Franklin Graham, defending Donald Trump grabbing woman by the crotch, and saying, 'Well, we all sin.'"

Schaeffer then railed at the evangelicals who have turned against their own beliefs and embraced "situational relativistic ethics" in order to maintain power.

Addressing the Biblical admonition to women to be "obedient"  their husbands, Schaeffer expanded upon why Moore's Christian supporters are refusing to listen to his multiple accusers.

"The evangelicals are expert at discounting women's points of view anyway," he lectured. "If you look at the literal interpretation of St. Paul, and I am not paraphrasing, 'Women should sit down in church and not be heard from.' And not just church, in any situation, and be in obedience to your husband. That is the context in which these good women of Alabama are standing up and supporting, not just Roy Moore, but a sociological system which discounts women's witnesses as if they are just half citizens."

"Evangelicals treat women that way, discount what they say and they are now are preaching moral relativism," he concluded.