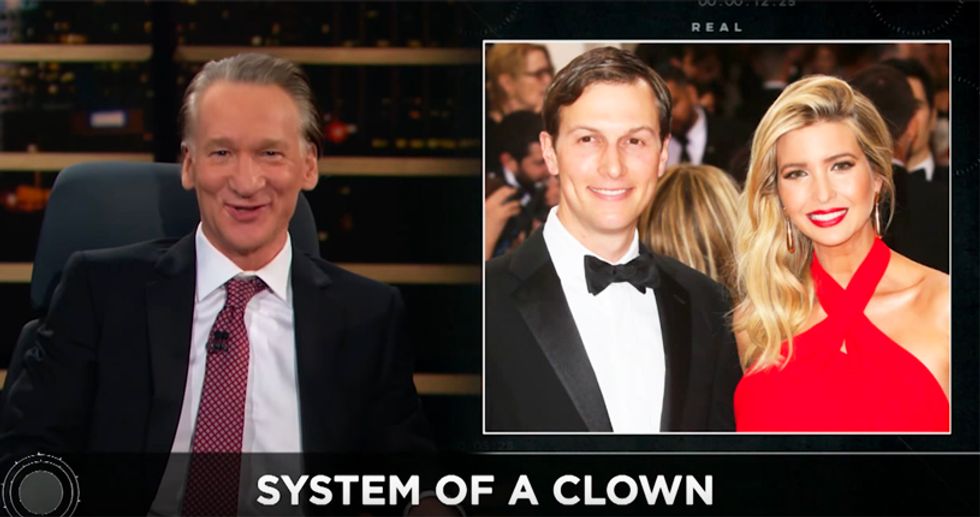 On HBO's Real Time, host Bill Maher took a hard look at Donald Trump son-in-law Jared Kushner -- and pronounced him a failure on every level after one year advising and assisting the president in the White House.

Calling Kushner the "boy wonder," Maher added, "Because what anyone sees in him, boy, really makes you wonder.”

In a new segment called, "Checking on on Jared," Maher ticked off all the tasks given to Kushner ranging from peace in the Middle East to solving the opioid crisis to improving relations with Mexico -- before saying he has "done nothing," although the HBO host conceded relations with Canada improved after Ivanka Trump "eyef*cked" Canadian Prime Minister Justin Trudeau.

Maher then turned a scathing eye on the "best people" Trump claims he stocked his administration with, including Rick Perry, Nikki Haley and Ben Carson.