Malcolm Young, guitarist and co-founder of AC/DC, dies at age 64 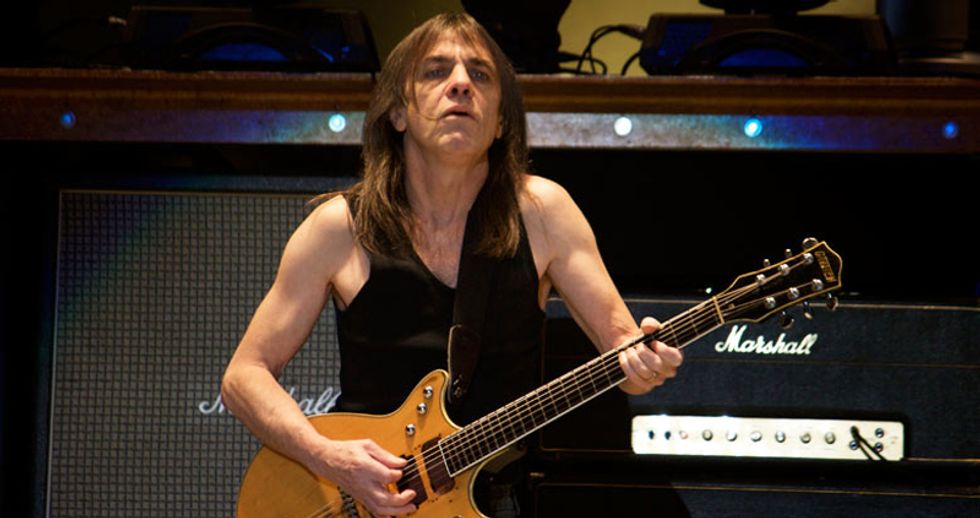 Rocker Malcolm Young, guitarist and co-founder of AC/DC, died Saturday at the age of 64, Rolling Stone is reporting.

According to the report, Young had been suffering with dementia for the past three years, keeping him from touring with the band which was inducted into the Rock and Roll Hall of Fame in 2003.

"Today it is with deep heartfelt sadness that AC/DC has to announce the passing of Malcolm Young," AC/DC wrote in a statement.

"Malcolm, along with [brother] Angus, was the founder and creator of AC/DC. With enormous dedication and commitment he was the driving force behind the band. As a guitarist, songwriter and visionary he was a perfectionist and a unique man. He always stuck to his guns and did and said exactly what he wanted. He took great pride in all that he endeavored. His loyalty to the fans was unsurpassed."

The band debuted in 1973 before becoming a world wide sensation for their style of foot-stomping  hard rock.