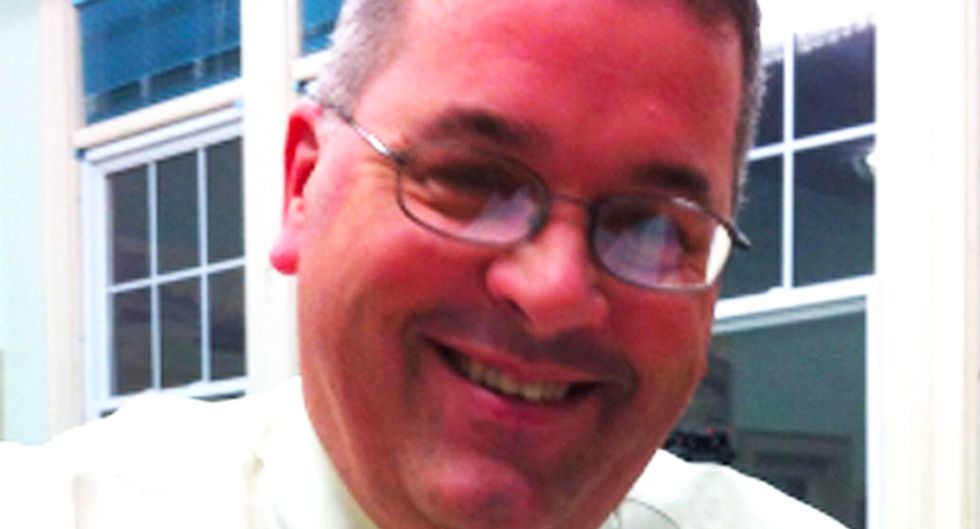 A New Bedford banker is out of a job and looking at criminal charges after he was caught using his cell phone to take "upskirt" photos of female clients and bank tellers at his job.

According to the South Coast Today, William D. Raus, 55, previously worked at Citizens Bank in Dartmouth before being taken into custody on three counts of photographing sexual or intimate parts without consent.

The police report -- where Raus was noted as "Bill the banker" -- states that he continually attempted to film one bank employee, who grew so suspicious that she stopped wearing dresses to work, as well as a teen who went to the bank with her mother to open up a checking account.

″I didn’t like the way he would be around me constantly whenever I wore a skirt or dress. Would stand very close for no reason with his phone facing out in his hand,” a bank employee, who was not identified, told police. “Last time I wore a dress he tried to video me I caught on and he grew flustered, screamed, ‘dammit,’ and ran out of the room. After that incident I stopped wearing dresses on days he worked.”

The woman added that she didn't file a complaint because she feared losing her job.

According to police, Raus admitted that he filmed the women with his Sony Experia cell phone and would watch the videos later, when he was away from the women.

Bank security videos also showed Raus acting suspiciously around women, with a report stating he also used a bag with the cell phone in it which he held at awkward angles -- causing one bank customer to go and speak to a teller.