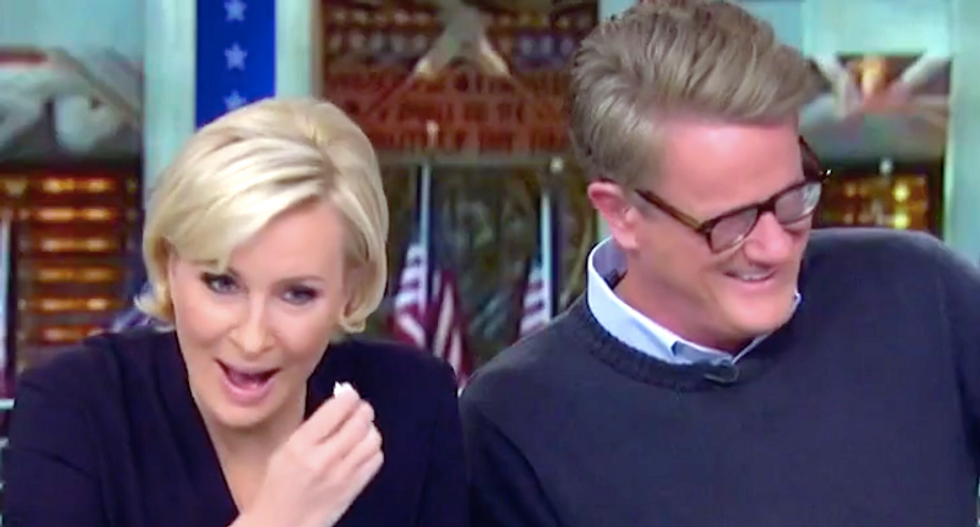 MSNBC's Joe Scarborough and Mika Brzezinski laughed until they cried as one of their contributors mocked an anti-Semitic effort to undermine reporting about Roy Moore pursuing teenage girls for sex.

Alabama voters have received automated calls from "Bernie Bernstein," claiming to be a Washington Post reporter and offering cash for "damaging remarks" against the Republican candidate for U.S. Senate.

"Come on, man," Scarborough said. "This is insulting."

Sam Stein, an MSNBC contributor and politics editor for The Daily Beast, described the calls as anti-Semitic and mimicked the caller's whiny, New York-accented voice.

Scarborough joined in, and Stein picked up his exaggerated impersonation.

"'Oh, I got a little stain from my matzo ball soup,'" Stein said. "I mean, Jewy McJewster was not available for phone calls? I mean, it's ridiculous. It's so anti-Semitic."