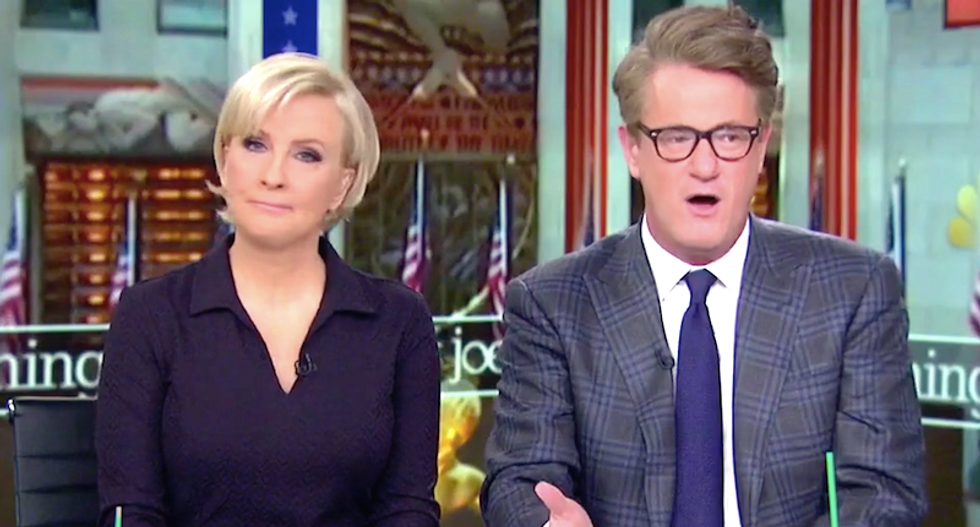 MSNBC's Joe Scarborough and Mika Brzezinski hammered Roy Moore as a hypocrite -- and asked why rumors of his sexual harassment of teenagers were never publicized until now.

The Republican candidate for U.S. Senate insists he won't exit the race, despite losing the support of some GOP lawmakers and facing the threat of expulsion if he's elected next month.

The "Morning Joe" hosts broke into an impromptu rant while teasing an upcoming segment on decades-old allegations against Moore, a right-wing Christian political figure for nearly as long.

"They banned this guy from a mall, apparently in Gadsden, Alabama," Scarborough said. "Can I ask a question, though? Where was the vaunted GOP oppo research during the primary? This guy has been a national figure for 25 years."

"He wasn't allowed in a mall!" Brzezinski chimed in.

"They weren't letting him in the mall because he was chasing girls," Scarborough said.

He pointed out that Moore was a controversial figure first sued in 1995 by the ACLU over the Ten Commandments display in his courtroom, and he'd demonized LGBT people throughout his political career.

"We're just learning about this now?" said Scarborough, who graduated from the University of Alabama. "He goes around and says, if you're gay, you, like, grow horns and all this weird stuff happens to you. Now everybody in the state of Alabama knows the dude is banned from going to malls."

"If you see something, say something," Scarborough said. "Why haven't they said something yet? Why didn't the Republicans figure this out while Luther Strange was in the race?"

"This guy is going around talking about Jesus -- 'I'm Jesus' guy, Jesus loves me, we don't like anybody else -- you wait 30 years to tell us that this dude is not allowed in the Gadsden Mall?" Scarborough said. "Holy moly!"