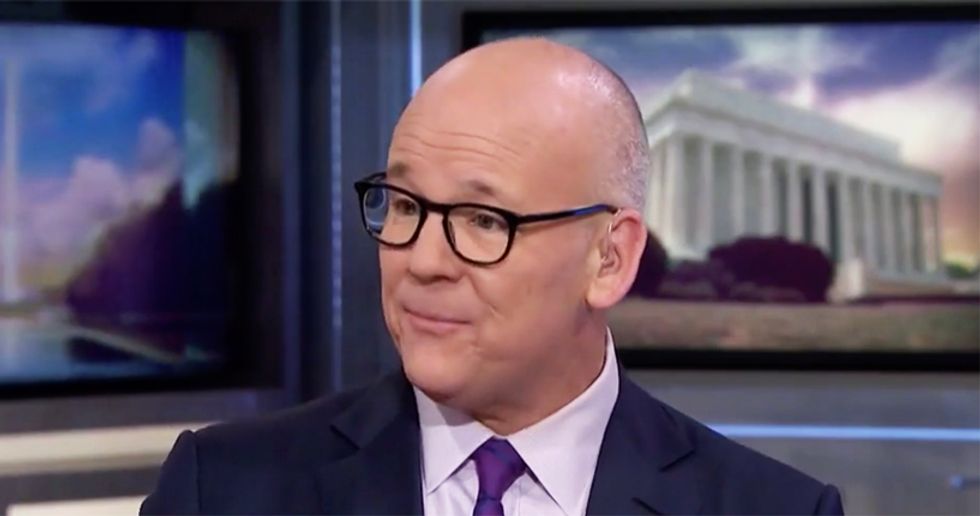 During an MSNBC panel discussion on President Donald Trump's tacit endorsement of embattled U.S. Senate candidate Roy Moore, one guest noted that Trump's decision to side with an accused pedophile should not come as any surprise.

"Trump sees himself in Roy Moore, he really does," Heilemann explained. "He sees the politics of it too. All of the polls said Hillary Clinton was going to win and there's all these people standing up in his base saying 'fake news, fake news, fake news.' He recognizes the dynamic in Alabama where he hears Roy Moore's defenders who say that the women made it all up."

"I believe he believes that, I'm not crediting it. But he sees this as a microcosm of his victory in 2016," he continued.

"The best analogy to me for this, trying to loop all this together, is Charlottesville," the analyst elaborated. "Was there no one who could go into the Oval Office and say it's bad to be on the side of neo-Nazis? The answer was 'no' then, and the answer is 'no' now. Because he didn't go out and read a prepared statement that kind of edged toward something reasonable, he went out and said there are 'good people' on both sides."

Watch the video below below via MSNBC: