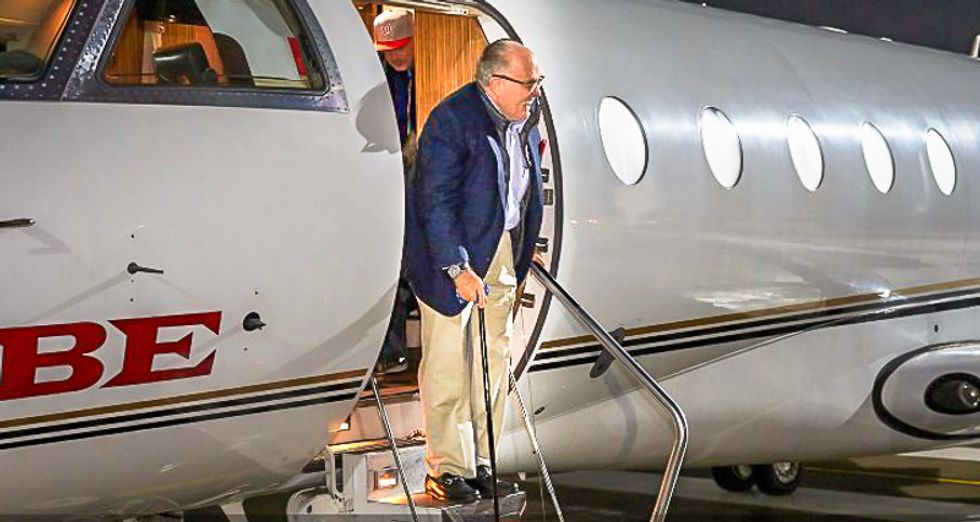 The Palmer Report was first to note on Monday that a news publication in the Ukraine had published photos of Giuliani in the company of Hennadiy Kernes, the mayor of Kharkiv and a friend of former Ukrainian President Viktor Yanukovych.

Yanukovych was a client of Manafort's before he was forced to flee to President Vladimir Putin's protection in Russia.

The sighting of Giuliani is unusual because the normally talkative politician has laid low since the election of President Donald Trump. It's not clear if Giuliani has been interviewed in Special Counsel Robert Mueller's investigation into Russian interference in the 2016 U.S. election.

According to reporter Matthew Kupfer, Giuliani is visiting Ukraine to attend a security conference.