'Shame on you': MSNBC's Velshi & Ruhle blister O'Keefe associate who lied about abortion to help Moore 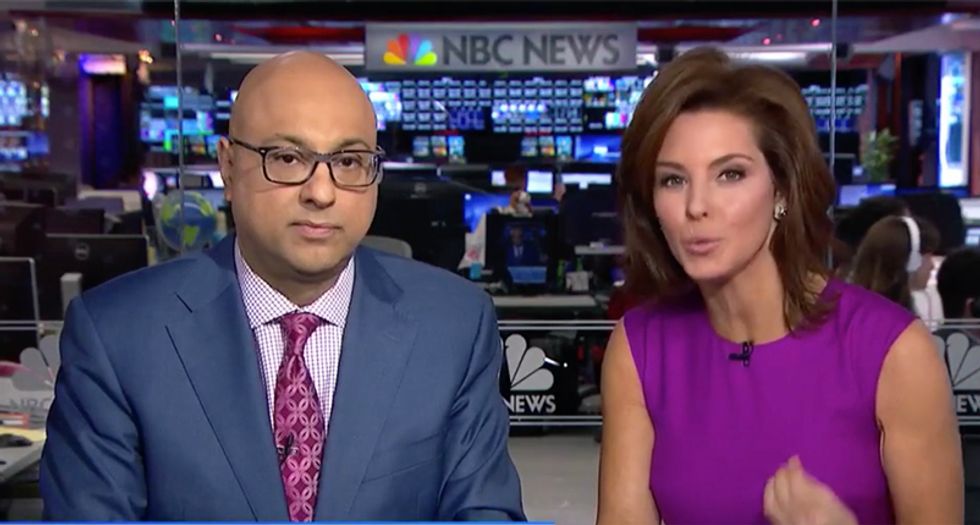 MSNBC host Ali Velshi and Stephanie Ruhle tore into the woman working for Jame's O'Keefe's "Project Veritas"  for pretending to have had an abortion after having sex with former Alabama judge Roy Moore in an attempt to get the Washington Post to report on her fake story.

According to the Post, Jaime T. Phillips, claimed in a series of interviews that she had an abortion after having sex with Moore, now running for the U.S Senate in 1992 when she was only 15. However the Post said her story was inconsistent and evidence that Phillips made the story up to try to dupe reporters while probing them for their political opinions so she could discredit them.

"I don't know that woman professionally or personally, but if this were true if she was trying to dupe the Post, " shame on her to do that to those women," Ruhle exclaimed. "Not just the women who are victims of Roy Moore, but women around the country."

"Do you know how difficult it is?" she asked as her co-host looked on. "The pain they endure? The bravery associated when you come forward to try to tell your story? Shame on her- shame on her. "