‘There is no glory in this’: Nicolle Wallace perfectly explains why Roy Moore’s sex abuse victims came forward 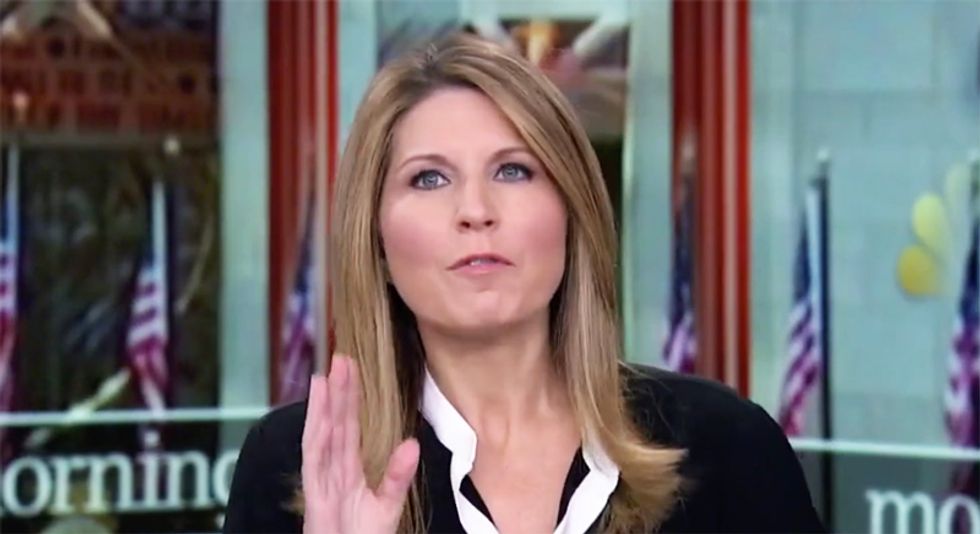 Filling in for Morning Joe hosts Joe Scarborough and Mika Brzezinski, fellow MSNBC host Nicolle Wallace brilliantly explained why the Alabama women who came forward to accuse Judge Roy Moore of sexually molesting them their teens should be believed.

After an earlier segment where she called out the "depravity" of conservative media outlets like Fox News and Breitbart defending Moore -- who now stands accused of sexually molesting a 14-year-old in 1979 -- Wallace was asked by co-host Donny Deutsch to explain the pitfalls of a woman exposing herself to public scrutiny.

"Nicolle, you were so passionate and articulate in the first hour," Deutsch said. "Explain to men -- so it's not a he said/she said -- what it's like, when a woman does come forward, what she is putting on the line, because I don't think the average guy understands, and, 'oh, well, she said that, anybody could say anything.'"

With USA Today reporter Heidi Przybyla setting up Wallace, by saying "At least one of these women, preemptively put information out there about herself knowing that this is what would happen to her and knowing all of these years that ultimately this is what would happen to her, but also at this point, realizing this is a critical point for the country and that she just couldn't keep it inside anymore," Wallace then broke down what Moore accusers are already facing.

"There is no glory in this for a woman," Wallace began. "I mean it is -- it is reliving the most humiliating, the most debasing moments, days or hours of a woman's life. To put this in the newspaper attached to her name, and as Heidi says, the story is in exquisite piece of journalism, because these interviewers got these women to understand not just the the risks they were taking to their own reputations, but the risk they were taking that they wouldn't be believed."

"These women are coming from small communities," GOP consultant Susan Del Percio jumped in to add. "They're not movie stars. These are women going to the supermarket every day. Some of their children are in school, there's real risks they're putting out."

"Not to take anything away, the actresses that came out were brave and brilliant and they are our heroes. But Gwyneth Paltrow has an Oscar, a job, a career and a lot of wealth," Wallace stated. "The victims in this story, and I'm sure she would agree and most famous women who went out and did this and took great risk. It is harder when you have nothing to gain, everything to lose. To see people on television say, 'oh, if it's true.' It's true!"