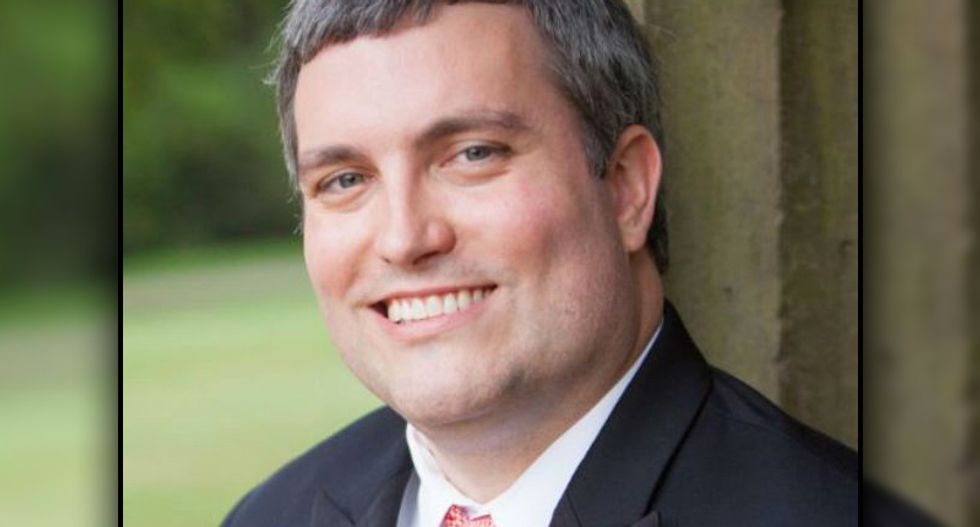 Brett J. Talley was nominated by President Donald Trump to serve in a federal judgeship in Alabama, despite never having tried a case in his life. Now it's being revealed that the appointment might be another example of the president's failure to "drain the swamp."

According to the New York Times, Talley is married to Ann Donaldson, the chief of staff to the White House counsel, Donald F. McGahn. Talley also never disclosed it on documents available to members of Congress who are weighing confirmation.

Talley was required to answer whether any family members or others would be “likely to present potential conflicts of interest.” He didn't think to mention his spouse. He also didn't mention her during his frequent contact with the White House lawyers during his nomination process.

The American Bar Association has already labeled Talley “not qualified” in a rare denouncing of the 2007 Harvard grad's candidacy.

“Mr. Talley served as deputy solicitor general for the state of Alabama, currently serves in the Department of Justice’s Office of Legal Policy and was recommended by Alabama’s U.S. senators,” said Sarah Huckabee Sanders, the White House press secretary. “He is more than qualified to serve in the federal judiciary.”

The Times notes that McGahn has been influential in the nomination of young conservatives to fill judicial appointments. Still, a White House official said Donaldson had nothing to do with the process of Talley's nomination by the White House.

It was revealed recently Donaldson was a witness for special counsel Robert Mueller's investigation into whether Trump obstructed justice in the firing of former FBI director James Comey. She reportedly kept detailed notes about her conversations with McGhan during the time the decision was made to fire Comey, according to two sources briefed on the matter.

Talley was passed out of the Judicial Committee on a party-line vote and is expected to come up for a full vote in the U.S. Senate this week.