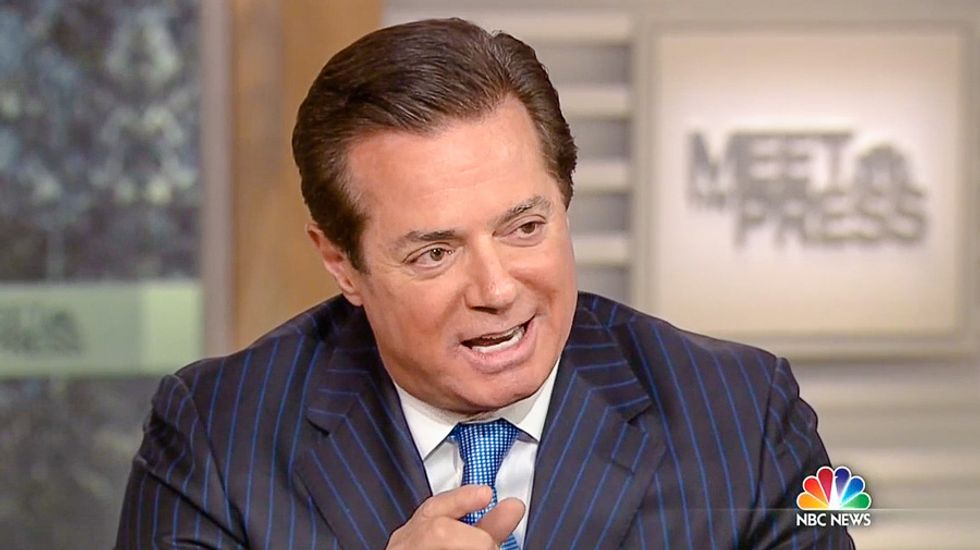 MSNBC's Joe Scarborough and Mika Brzezinski have been suspicious of their old friend, President Donald Trump, and his relationship to Russia since last summer -- and recent court filings shed new light on those links.

The "Morning Joe" co-hosts have wondered for months why Trump, as a Republican candidate and now as president, refuses to even tepidly criticize Russia or its autocratic president, Vladimir Putin, but now they know why.

"One of the things we'd always bring up is, we don't get this Russia thing," Scarborough said. "What's going on with Russia? And this was in, this was in, like June or July 2016. We were like, something's going on there, why are you bending over backwards so many up? Why are you hiring people -- and they were, i don't know few thought about this, but while we were hammering them on those questions, they were saying, 'Oh, I don't know what you're talking about.' They were meeting with the Russians!"

"It's incredible arrogance, at the very least," Brzezinski said.

Trump's campaign chairman, Paul Manafort, was indicted with his longtime associate Rick Gates on numerous charges related to his relationship with Russian oligarchs, and foreign policy advisor George Papadopoulos pleaded guilty to lying to FBI agents about his efforts to connect the campaign to Putin and Russia.

A new, 17-page court filing shows Manafort used at least three passports to travel the world under an assumed name, and former FBI agent Clint Watts said the alleged money-launderer would have been an easy mark for Russian spies.

"I think this case looks much worse (Wednesday) than it did yesterday," Watts said. "For the Russian foreign intelligence, they must look at Manafort and just be licking their lips. This is a person that has multiple avenues in which you can compromise him. There is so much money moving through foreign countries and through his checking account. This is a great opportunity if you want to actually influence a campaign."

Brzezinski expressed shock and alarm that Trump would ever have considered Manafort, who'd been under FBI surveillance since 2014, to run his presidential campaign.

"Along with all of this, which is incredible enough, you've hired this person to head up your campaign, and the candidate is so unbelievably carefully polite about Russia and about Putin, and you said all along during the campaign, Joe, 'I don't get this Russia thing, something doesn't make sense," Brzezinski said. "Something is very, very wrong."