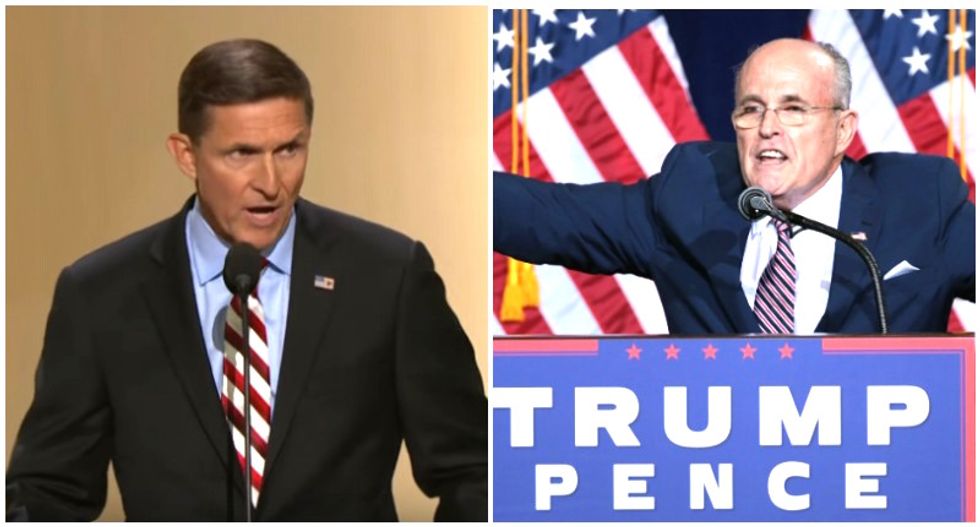 A Turkish-Iranian gold trader linked to both Mike Flynn and Rudy Giuliani has agreed to cooperate with U.S. prosecutors.

Reza Zarrab was scheduled to stand trial earlier this month in New York, where the U.S. attorney had filed charges in an international corruption case, but his lawyer confirmed an agreement to exchange his testimony, reported Bloomberg Politics.

He could testify as soon as Tuesday in the trial of Mehmet Hakan Atilla, a deputy chief executive officer at Turkiye Halk Bankasi AS.

Zarrab was arrested in March 2016 at Disney World on charges including money laundering and conspiracy to evade U.S. sanctions against Iran.

Special counsel Robert Mueller is investigating whether Zarrab discussed with Flynn -- a Trump campaign adviser who then briefly served as national security adviser -- a plot to kidnap a Muslim cleric regarded a political threat by Turkish officials.

Both Flynn and his son, Michael Flynn Jr., are under investigation for the alleged $15 million plot.

Flynn is also under investigation by Mueller for his undisclosed paid work for the Turkish government during the presidential campaign and transition.

The former Trump adviser's legal team have recently stopped sharing information with the president's lawyers, which could signal that he's cooperating with the Mueller probe.

Zarrab has been held in New York City jails before he was suddenly released about two weeks ago, and two people familiar with the case told Bloomberg he still in U.S. custody but not in federal jails.