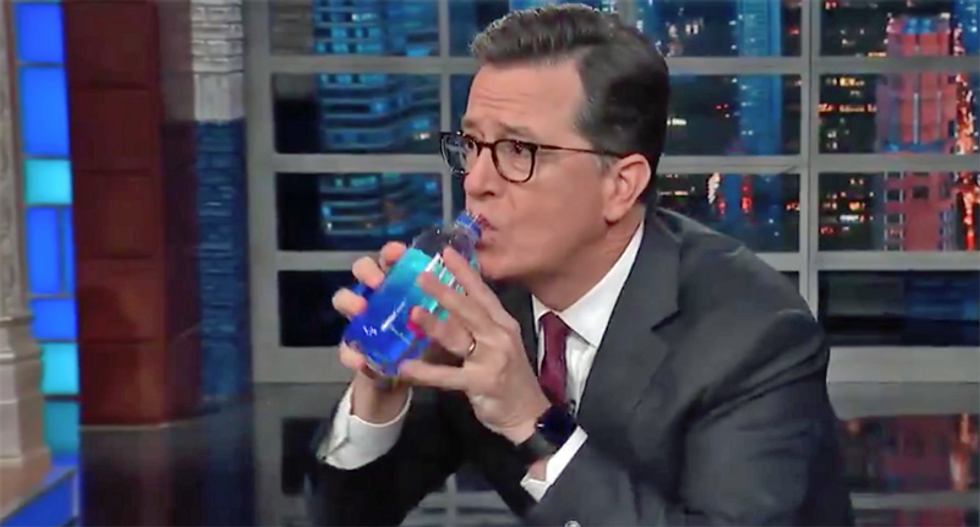 The Late Show with Stephen Colbert

Colbert showed video of Trump awkwardly interacting with a bottle of Fiji water during a speech on international trade policy.

"Wow, that is hard to watch," Colbert noted. "You know, after watching that, I need a drink."

Colbert stumbled out of frame for a bottle of water, returning to give his impersonation of the president.

Colbert then apologized to his audience.

"All right, that's not fair," Colbert confessed. "Everybody gets dry mouth, I can't stand here on national television and make fun of a politician for drinking water."

"That is childish, and Trump already did it way better with Rubio," Colbert noted with a jealous laugh.

TONIGHT: President Trump is back from his overseas trip and is celebrating Thirsty Thursday a little early… #LSSC pic.twitter.com/mO2KB5LA76