'We as a country are making him look like an *ss': Trump voters defend president one year after election 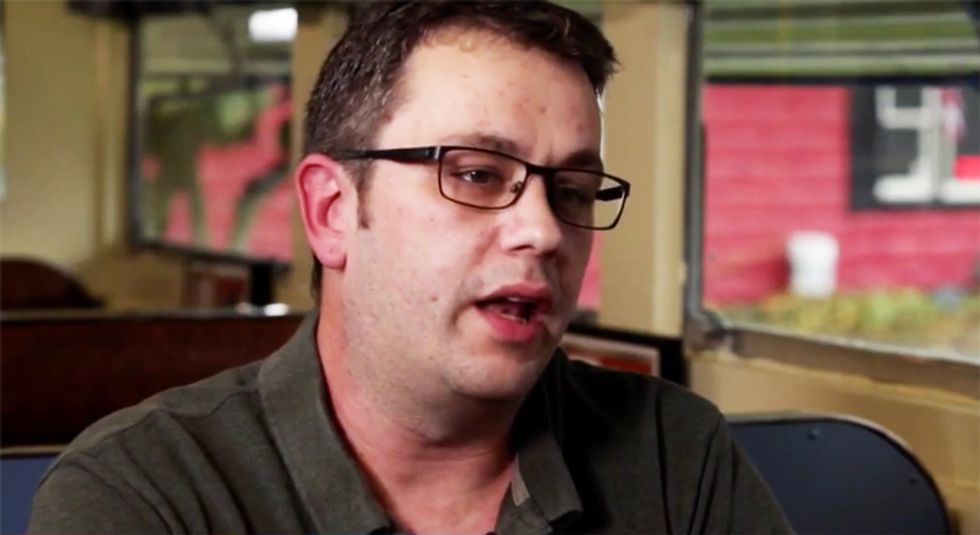 As part of an investigation into how voters who chose Donald Trump to become president feel about him one year after the election, MSNBC host Nicolle Wallace found few regrets and blame for Trump's failures assigned elsewhere.

In an interview with Katy Tur, the Deadline: White House host explained that she went back and tracked down Trump voters she interviewed before the election last year to see how they feel about their votes now.

"I was out on Sunday and I went back to Pennsylvania, which is one of my favorite spots, and talked to Dave Lock and Judy Phelps who are two Trump voters who were life-long Democrats," Wallace explained while setting up the clips to be run. "Dave was a Bernie Sanders supporter and voted for Trump. I pressed them on what they think we in the media are doing wrong and they think that we should cover up the instances in which Trump looks bad."

Pointing out to Phelps that Trump's poll numbers have plummeted, the Pennsylvania woman replied, "It hasn't dropped in my house."

Phelps admitted that Trump makes her cringe at times, saying, "When I knew that he was going to go on a 12-day tour of China and Japan, I was just keeping my fingers crossed that he was diplomatic."

"Are you nervous when he talks," Wallace asked.

"A little bit," she confessed.

Speaking with Lock, she noted that he was laid off from his job with General Electric and had once backed Vermont Senator Bernie Sanders but switched to Trump because he thought he would bring about change.

"We always see the Harrison Fords that play the president who is tough, punches the bad guy in the face. Now we have one of those people and he is going to get things done and I think it is good," Lock explained.

"Now he is fighting with members of his own cabinet, former presidents, Republican senators," Wallace pressed.

"I think they would go away if we quit advertising them," Lock, who is still unemployed, rationalized. "We as a country are making him look like an ass, he needs to try to defend himself."

"Do you think he does anything to make himself look like an ass?" the MSBC host asked.

"He helps, absolutely," Lock conceded. "Maybe he is not doing it the appropriate way or with the most appropriate of words, but leave him alone and let him do his job and see what he can do."