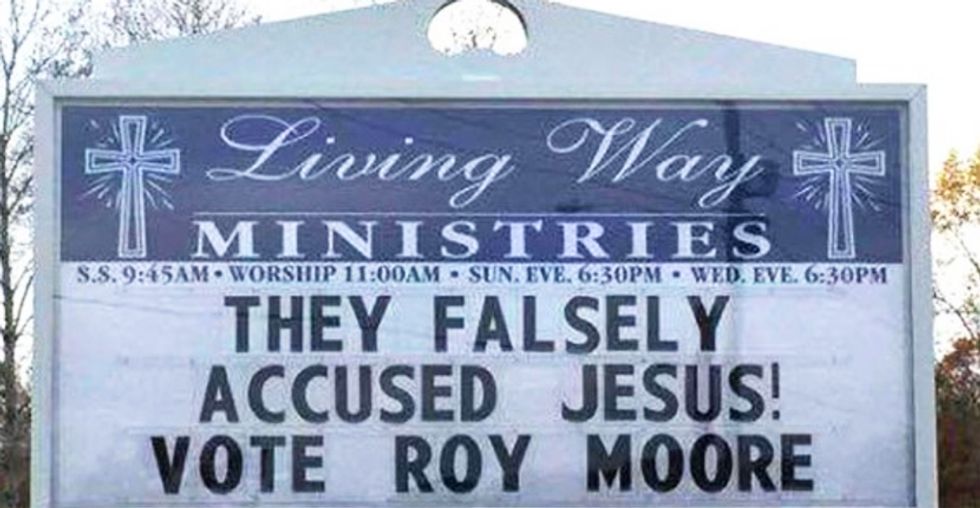 An Alabama ministry has come under fire after it posted an endorsement of the embattled U.S. Senate candidate Roy Moore by comparing him to Jesus and calling his accusers liars.

According to WGNO, the Living Way Ministries Church in Opelika, Alabama is attempting to explain away the sign, which stated: "They falsely accused Jesus. Vote Roy Moore."

Under federal law, a church is not allowed to campaign for a politician and could lose it's 501(c)(3) tax exemption.

Attempting to explain the message -- that implied the church supports the candidate who has been accused of being a pedophile -- an unidentified church staffer said that multiple church personnel have access keys to the sign. The spokesperson admitted that the pastor took it down after two days as the church was deluged with complaints, including death threats.

According to the report, callers also threatened to report the church to the IRS, claiming they have forwarded pictures of the church sign to the federal agency.

You can watch the video below via WGNO: